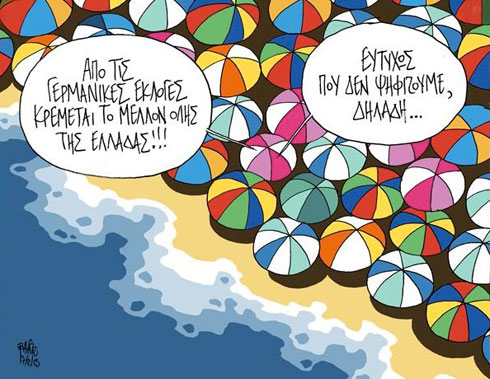 The future of Greece depends on the German elections

Fortunately, we don’t get to vote

A month before Germany’s parliamentary elections, the issue of Greek debt has come to the forefront of the campaign, with daily newspaper Bild effectively calling for a further restructuring of Greek debt after the elections, despite Chancellor Angela Merkel and Finance Minister Wolfgang Schäuble ruling out the idea.