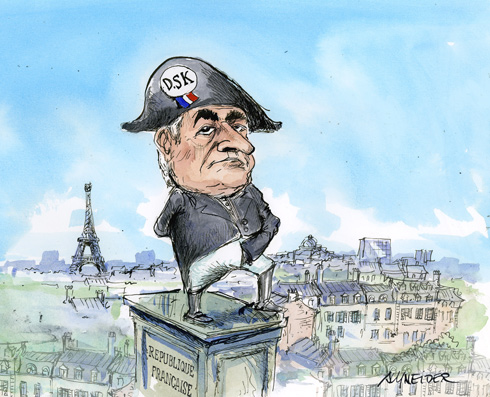 On top of the world

Almost two months after being indicted for sexual assault and attempted rape in New York, Dominique Strauss-Kahn can now hope to be cleared now that it has transpired that his accuser had lied to the court. Already, the French press is speculating as to whether he will return to the 2012 presidential race, for which he was previously a front-runner.