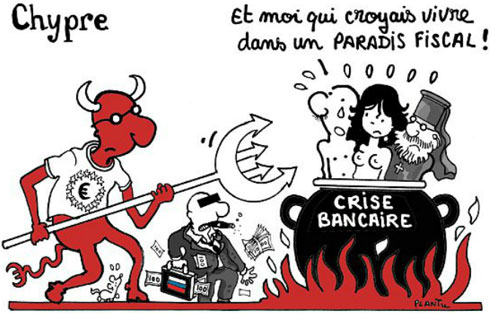 On the pot: Banking crisis

Almost a week after the Europgroup announcement of a €10bn aid plan to bail out banks in Cyprus, the situation remains uncertain and dangerous for the island.

Since the Cypriot parliament's rejection of the plan, due to the tax on bank deposits, the government is negotiating a new deal with its European partners, the International Monetary Fund and Russia.

The financial system is surviving thanks to emergency funding from the European Central Bank (ECB), which the Bank is threatening to halt on March 25 if no acceptable plan is agreed.