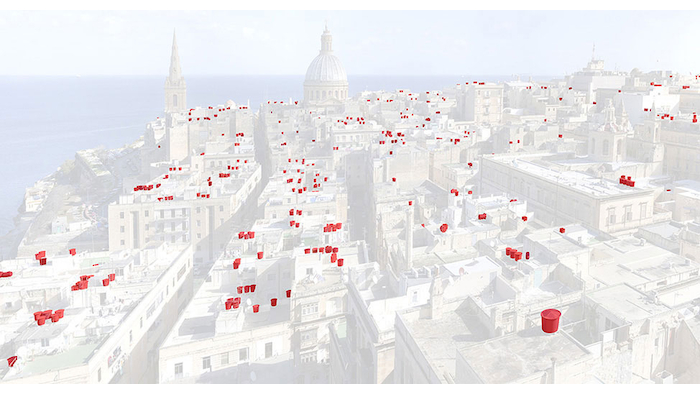 The firebrand Socialist MEP’s wild claim during a debate on the rule of law in Malta sparked a political storm in the Mediterranean island.

Words of ‘traitors’ and ‘patriots’ were used and abused to fire political broadsides, especially at Malta’s opposition MEPs, who are believed to have stirred trouble on the European stage against Muscat’s government.

On the international arena, the image of Malta as a sun-drenched, historically-rich destination may have morphed into one of a tax-haven, rife with impunity and nepotism and where a journalist was blown up in a car bomb. But the feeling among the majority on the domestic front is different.

The one certain thing about the European elections in the EU’s smallest state is that the ruling Labour Party will win. And it is predicted to steamroll over its political rivals by a thumping majority, taking at least four of the six available seats, according to the latest opinion polls.

The election comes 18 months after a car bomb in the sleepy village of Bidnija killed Caruana Galizia, sending Malta into an unprecedented downward spiral of institutional distrust.

Caruana Galizia was killed after the Panama Papers had exposed the fact that two senior government officials held secret offshore accounts. Three men have since been charged with her murder but the mastermind remains at large.

The corruption claims and murder pointed towards deeper structural flaws in Malta’s rule of law. MEPs released a damning report in which they cited serious concerns about the country’s legal system and separation of powers, as well as its “weak implementation” of anti-money laundering legislation.

Cue: for the last three years, Malta’s leaders have repeatedly been dragged to Brussels and Strasbourg to defend the country’s reputation against an onslaught of accusations often akin to a banana republic.

The government’s three MEPs held rank and fought back claims at every available opportunity. Socialist MEP Alfred Sant, a former prime minister, insisted that issues about rule of law were being used to advance what he termed as “polarised and biased interests” arising from national politics.

Warding off scathing criticism in Malta, David Casa, an MEP from the opposition Nationalist Party, said: “I and others calling for accountability have been labelled ‘traitors’ deserving of punishment. It is what happens when institutions are captured, impunity flourishes, and corrupt politicians substitute themselves for the state.”

On the flip side, the three Nationalist MEPs have earned the title of ‘patriots’ among supporters who believe only Brussels can resolve Malta’s domestic problems.

But while some European governments were booted out of office amid mounting international pressure, the criticism appears to have strengthened the ruling Labour government’s grip.

There are other reasons why Labour is expected to dominate the European elections.

Muscat is a charismatic leader and a powerful orator and is often referred to as the ‘Teflon Prime Minister’, falling into the category of political leaders who appear to have the flair to brush off any scandal with impeccable ease… at least in his supporters’ eyes.

Secondly, the opposition centre-right Nationalist Party is led by a man that many within his own party refuse to acknowledge. Adrian Delia has failed to make any inroads into the massive defeat sustained by his predecessor in June 2017. The latest polls show the deficit between the two main parties now resembles a gulf.

Many of Delia’s biggest critics have already publicly declared they would abstain from voting in the May elections to try to force him to step down.

Thirdly, the island of almost half a million inhabitants is experiencing a financial boom. Buoyed by booming tourism figures, a thriving online gambling industry and a controversial construction industry, the country is registering economic growth rates which would make most EU states water at the mouth.

There are several candidates running on the tickets of smaller parties, including Malta’s first openly pro-choice candidate – LGBT activist Mina Tolu is contesting for the Greens calling for the decriminalisation of abortion.

Migration remains a hot potato in a country at the southernmost tip of the country but the two main parties are now on an equal footing where it comes to rhetoric.

Self-styled ‘racialist’ and Nazi sympathiser Norman Lowell, who once suggested migrants’ boats should be sunk 14 miles from shore, is again contesting the MEP elections.

But in an electoral system engineered to favour the two big parties, he is unlikely to win a seat in Brussels.

Ultimately, the electorate cares about who will protect Malta’s interests on the European stage – depends on which side of the fence you sit on.  The EU might have switched its radar onto the tiny republic, and even though its criticism has not stoked any resentment towards Brussels, tiny Malta is expected to once again look inwards and vote along traditional party lines.