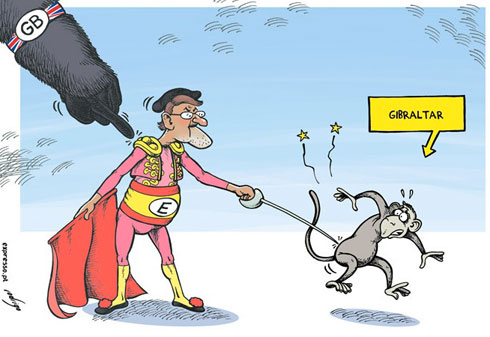 The row between the UK and Spain over Gibraltar may have an end in sight, after the territory’s chief minister Fabian Picardo told Spanish newspaper El Mundo that “as an act of good faith”, he would propose changing the law to allow 59 fishing boats to start working the disputed waters beginning in October.

Gibraltar officials dropped concrete blocks into a bay as part of a plan to build an artificial reef, but which also stopped Spanish fishermen working in the area. Spanish PM Mariano Rajoy's government retaliated by introducing stricter border checks for people travelling between Spain and the Rock — famous for being home to Europe's only population of Barbary macaque monkeys.