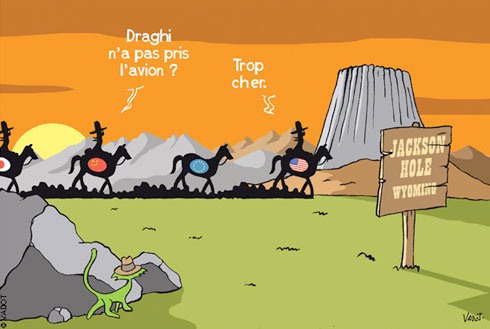 The conference of the world’s central bankers in Jackson Hole, Wyoming, went ahead on 31 August and 1st September without European Central Bank President Mario Draghi, who pleaded an “overloaded” schedule in the run-up to the next the next ECB meeting slated for 6 September. The meeting was not marked by the announcement of any concrete measures to combat the worldwide economic and financial crisis.