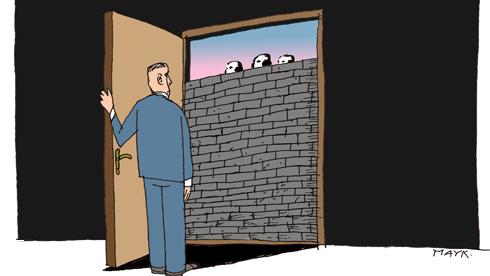 UK Prime Minister David Cameron’s decision to withhold benefits from new migrants betrays his lack of moral courage and a propensity for the populist, rather than admitting the reality that Britain’s economy needs immigrants, blasts an editorial in the European Voice.

David Cameron, the prime minister of the United Kingdom, is running scared and so resorts to scaremongering. It is a most unedifying spectacle.

What he is scared of is the UK Independence Party, an anti-immigration, Eurosceptic party that looks as if it will perform strongly in May’s elections to the European Parliament. His scaremongering is about immigration, specifically migration by other EU citizens to the UK.

The prime minister announced this week the introduction of requirements that would make it harder for migrants to the UK from elsewhere in the EU to claim benefits. He claimed that the restrictions were comparable to those applied elsewhere in the EU and that they comply with EU rules.

If those requirements pass the scrutiny of the European Commission, fair enough. But what does not pass the test of common sense or good taste is the rhetoric and misinformation with which Cameron has accompanied his announcement.