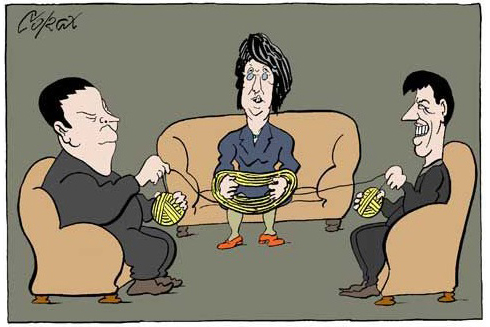 According to Catherine Ashton, “significant progress” resulted from the February 19 and 20 meeting between Serbian premier Ivica Dačić (on the left) and Kosovar Hashim Thaci (on the right) under the auspices of the High Representative for Foreign Affairs.
Discussions in the run-up to the opening of negotiations on Serbia's accession to the EU will focus on the organisation of local government in northern Kosovo, where the Serbian majority is keen to keep control of schools and courts.
Talks are set to resume in Brussels on March 4.