Voxeurop community After the failed coup in Turkey 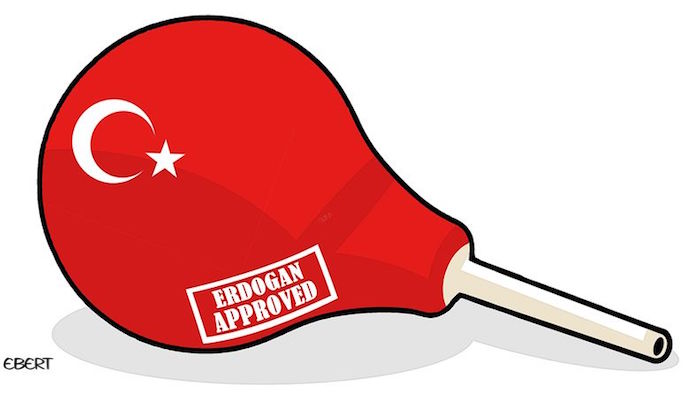 Voxeurop community After the failed coup in Turkey

Authors, journalists and scientists from all over the world are signing this petition, asking the Turkish government to halt its crackdown on the press and the opposition, starting with freeing novelist Ahmet Altan and his brother Mehmet, an Economist and writer.

On 15 July 2016, a coup d'état was attempted in Turkey against state institutions. It was carried out by a faction within the Turkish Armed Forces that organised themselves as the Peace at Home Council and cited an erosion of secularism, the elimination of democratic rule, a disregard for human rights, and Turkey's loss of credibility in the international arena as reasons for the coup. They eventually were defeated by loyalist military, while the government accused them of being linked to exiled religious leader Fethullah Gülen and opponent to president Recep Tayyip Erdoğan.

Over 300 people were killed and more than 2,100 were injured during the coup, which was followed by a massive wave of arrests, with at least 6,000 detained, including at least 2,839 soldiers and 2,745 judges. 15,000 education staff were also suspended and the licenses of 21,000 teachers working at private institutions were revoked as well as 42 journalists were arrested, after the government alleged they were loyal to Gülen.

Authors, journalists and scientists from all over the world are signing the following petition, asking the Turkish government to halt its crackdown on the press and opposition, starting from freeing prominent novelist Ahmet Altan, and his brother, writer and professor of economics Mehmet Altan:

We the undersigned call upon democrats throughout the world as well as those who care about the future of Turkey and the region in which it exerts a leading role, to protest the vendetta, which the government is waging against its brightest thinkers and writers who may not share their point of view.

The background to this letter is the coup attempt on July 15, 2016, which mercifully failed and was quickly subdued. Had the Turkish people themselves not resisted this assault on their institutions, the result would have been years of misery.

In the aftermath of that coup, it is understandable that the government would have imposed a temporary state of emergency. However, the failed coup should not be a pretext for a McCarthy style witch hunt nor should that state of emergency be conducted with scant regard for basic rights, rules of evidence or even common sense.

We as writers, academics and defenders of freedom of expression are particularly disturbed to see colleagues we know and respect to being imprisoned under emergency regulations. Journalists like Şahin Alpay, Nazlı Ilıcak or the novelist Aslı Erdoğan have been outspoken defenders of democracy and opponents of militarism or tyranny of any sort.

We are particularly disturbed to see the prominent novelist Ahmet Altan, and his brother, Mehmet Altan, a writer and distinguished professor of economics, being detained in a dawn raid on September 10, 2016. The pair stands accused of somehow giving subliminal messages to rally coup supporters on a television panel show broadcast July 14th, the night before the coup-attempt.

Ahmet Altan is one of Turkey’s most important writers whose novels appear in translation and sell in the millions. He was also editor in chief for five years of the liberal daily newspaper Taraf. The paper championed the public’s right to know. He has been prosecuted many times over his career –in the 1990s for trying to get a Turkish readership to empathize with the country’s Kurds or more recently for trying to force an apology from the prime minister for the 2011 Roboski massacre in which 34 villagers were bombed. He appeared in court as recently as September 2, charged with handling state secrets based on an indictment that was in large part copy pasted from two entirely different cases.

Mehmet Altan is a professor at Istanbul University, a columnist whose numerous books campaigned to rebuild Turkey’s identity not on race or religion but respect for human rights. Like his brother and others now in jail his crime is not for supporting a coup but for the effectiveness of his criticism of the current government whose initial progress in broadening democracy is now jammed in reverse gear.

We therefore call upon the Turkish government to cease its persecution of prominent writers and to speed the release of Ahmet and Mehmet Altan as well as so many of their colleagues wrongly accused.