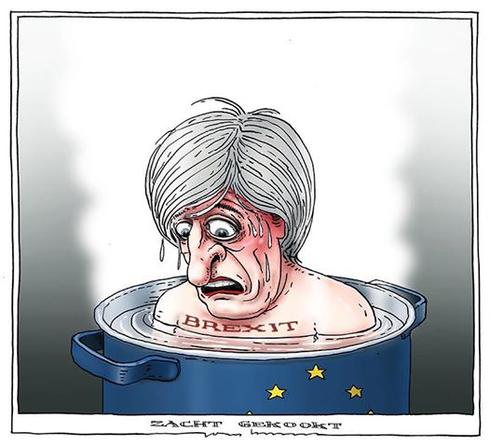 Brexit talks are likely to be harder than Theresa May thought and unlikely to be "a success", as she has been repeating since she took over as Prime minister last year. During a work dinner at 10 Downing Street on 24 April, along with some members of the British and EU negotiating teams, the latter realised May "has not been fully briefed about legal and political realities" of leaving the EU, as a first-hand account by Frankfurter Allgemeine Sonntagszeitung revealed.

It appeared that the hardline Brexiteers May put in charge of negotiating the UK's exit from the EU and its new trade relationships after Brexit "are systematically deceiving her", writes Forbes, "as a result, she is not in possession of the true facts." No wonder the EU Commission president Jean-Claude Juncker has left the dinner telling May "I’m leaving Downing Street 10 times more sceptical than I was before.”