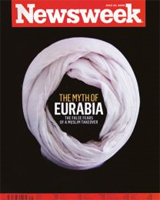 Launched in 1933 as a rival to Time, Newsweek is the world's best selling magazine and the second biggest seller in the United States. With four English language editions and eight spin-offs in other languages, it now sells four million copies per week (including one million copies sold abroad). Bought by the The Washington Post in 1961, in recent years Newsweek has developed its focus on international news, and alloted more space to commentary and analysis. The Newsweek website offers access to all of the articles published in the paper edition along with a daily news update.