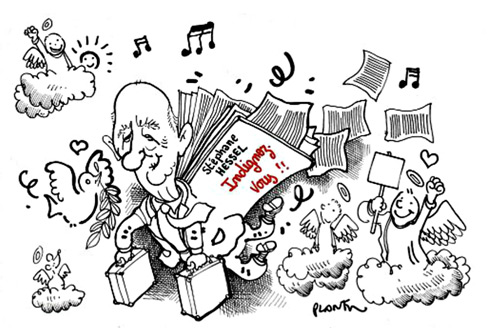 Stéphane Hessel rages from the sky

His short essay Indignez-vous (Time for Outrage!), first published in 2010, has been translated into 10 languages, and became a call for social and political engagement, which inspired many movements, especially the Indignados in Spain and the Occupy Wall Street protestors in the United States.