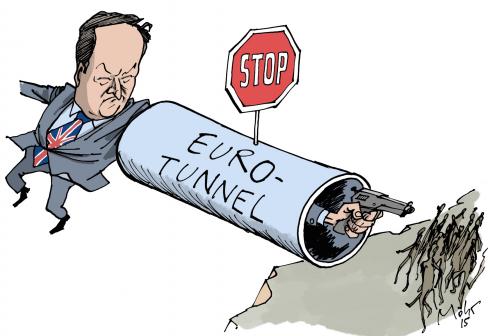 Waiting in their thousands in Calais to reach the United Kingdom, groups of migrants again tried to cross the channel through the Eurotunnel this week, causing further debate. According to a recent survey by YouGov, a polling institute, the majority of people in the two countries – 54% of French citizens and 67% of British "would look favourably on sending British troops to support the French authorities maintaining order in Calais."

The British Prime Minister David Cameron had described the migrants as a "swarm of people who want to come to British to seek jobs and a better life."