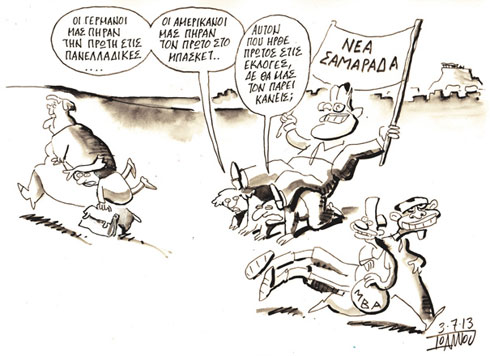 The Germans have taken those with the best university degrees
The Americans have taken our best basketball players
And as for the person who came first in the elections, won’t someone take him?

While Alexia Papaioannou, the Greek student who obtained the country’s highest marks in her college exams, has decided to leave to try and find a job in Germany, and basketball player Giannis Antetokounmpo was hired US team the Milwaukee Bucks, Prime Minister Antonis Samaras is attempting to conclude new difficult negotiations with the EU-ECB-IMF troika of international lenders while trying to keep his government together.