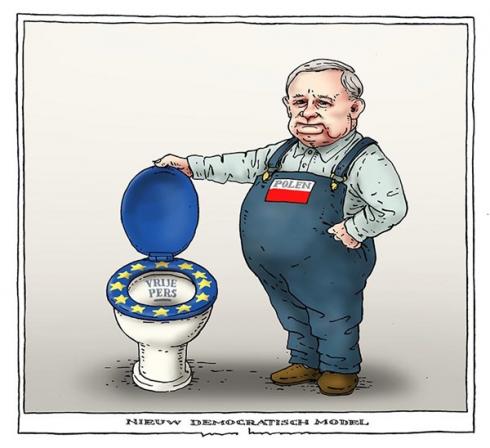 In the bowl: “Free press”

On 13 January the European commission announced it launched an unprecedented investigation, called “dialogue under the Rule of Law Framework” to check wether recent reforms by the newly appointed Polish conservative government are in line with the EU’s fundamental rights.

The reforms are putting the Constitutional tribunal and the public service broadcasters under the government’s influence and have triggered thousands of citizens to take the streets in protest against the allegedly authoritarian behavior of the ruling party and its leader, Jarosław Kaczyński.