Greece and the rest 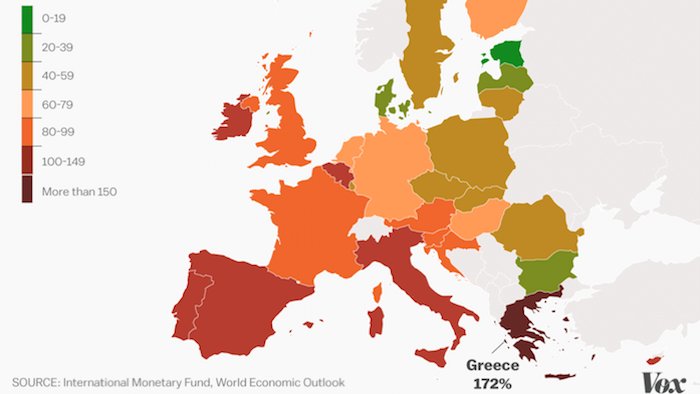 Greece and the rest

The map of the most indebted countries

Among the members of the European Union, Greece is by far the country with the highest level of public debt. This map, created by Vox.com, is based on IMF estimates published in April. Since then, Greece's financial situation has worsened.

The map shows how the relation between public debt and GDP varies in EU countries. Seeing the differences between countries allows for a better understanding of the reasons for their different political orientations. Spain's serious situation helps explain the success of Podemos. On the other hand, the countries on the East of the eurozone are among the least indebted of the EU: this is why their governments are some of the most harsh when it comes to Greece.