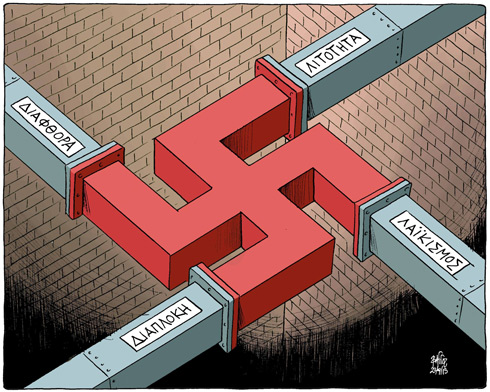 On the pipes: corruption, austerity, populism and conflict of interest

After the murder of an anti-fascist rapper and new revelations regarding Golden Dawn’s operations, the Greek government has decided to tackle the growing influence of neo-Nazi party.

On September 23, the Police force’s Inspector General for Southern Greece and Director General for Central Greece resigned due to their links with Golden Dawn. Four lower rank officers were also suspended.