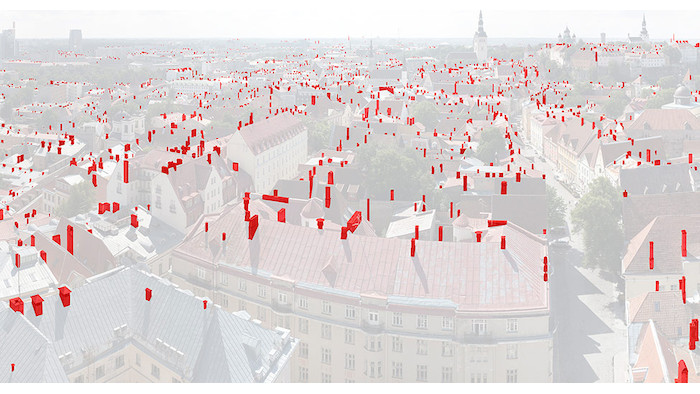 The upcoming European elections may return a smaller contingent of far-right deputies than feared. Eastern Europeans have become a Trojan horse in Europe. The forecasted single Estonian MEP from the extreme right should serve as a reminder of this long-term threat.

The European elections in Estonia follow closely national elections which were held in March this year. These were won by two ostensibly liberal parties, both members of the ALDE political family. The liberalism of both is less than spotless, but their European credentials have been, by Eastern European standards, rather exemplary. The winner, the Reform Party, had ruled Estonia from 2005 to 2016 and turned the country into a poster child for digital thrift. The Centre Party, which came in second, had seemingly shed its populist roots and its youngish leader, Jüri Ratas, had steered the country through Estonia's first – and successful – EU presidency in 2017.

However, the definitive component in the surprising three-party coalition which emerged after the elections is the extreme right. With just 17.8 percent of the vote, the Estonian Nationalist Conservative Party – or EKRE as it is commonly known by its Estonian acronym – has captured the new government's agenda. It doesn't so much dictate the political choices, as it starves the rest of the government of all media oxygen. EKRE hasn't done what conventional wisdom expected it would do. It hasn't calmed down. Instead its leaders have, now in government, loudly and uncouthly continued to proclaim their openly racist, misogynist and homophobic views.

EKRE will probably win only one of Estonia's six seats in the new European Parliament. The election will be a protest vote, resoundingly won by the Reform Party and the social democrats. This will not, however, mean a thing in the grander scheme of things, neither in Estonia nor in Europe. EKRE's ministers, avowed racists, will attend their respective councils (among others, the party holds the finance and interior ministries). Their strategic and oft-stated goal is to bring down the European Union – not to destroy it, but hobble it by turning the clock of integration back to the 1950s.

Three issues need brief elaboration to situate the events in Estonia in a regional and European context. The first has to do with the way the proverbial tail (EKRE with only 17.8 percent of the vote) has managed to wag the dog (the rest of the Estonian
political body, with its ostensibly liberal majority). Estonia is no Hungary or Poland where the extreme right has achieved a stranglehold on society by winning elections. Instead, Prime Minister Ratas's opportunism has been a major factor: no other coalition would have kept him in power.

However, this does not account for the speed and agility with which managers of state-owned media as well as civil servants appear to be bending over backwards to accommodate EKRE's expectations. Combative journalists are being let go, ministries are preemptively redrafting their priorities so as not to offend rightwing sensibilities. This suggests a deeper malaise in Estonian society. Freedom, including media freedom, has come to be viewed as the default condition since the fall of the Soviet Union. However, recent events suggest freedom remains institutionally very weak in Estonia as attempts to reintroduce restrictions do not meet with much principled resistance.

Secondly, the rise of Estonia's far right owes a lot to social media. This is obviously part of a broader trend. However, the degree to which the extreme right dominates the largely unmoderated comment sections of news portals suggests social media does not only act as a mobilizing tool, but appears to have the potential to build and shape an entire world. Although clearly a minority in Estonian society, extreme right social media users have all but monopolized social commentary. This appears to be feeding the impression among them that they represent an unfairly silenced majority.

Thirdly, most if not all Central and Eastern European countries appear to lack the institutions necessary to check and repel onslaught on liberal and democratic values by the extreme right. As such these countries represent both a weakness of and a threat to the rest of the EU. It appears that democracies can only be sustained in Eastern Europe by means of strong external pressure. As the pressure has abated through various crises from 2005 onwards, not only have the embryonic institutions of the rule of law begun to buckle, but the increasingly rightwing political masters of Central and Eastern European countries are starting to turn the EU's common institutions against the Union itself. This allows external actors, foremost among them Russian leader Vladimir Putin and the US president Donald Trump, to actively encourage and exploit intra-European tensions.

Viewed in this light we have a scenario in which the children of the Cold War appear to be eating the revolution that brought them liberty. One could argue that the first germs of the migration crisis in Western Europe were planted with the Yugoslav wars and the accession of twelve Eastern and Central European states into the EU. The 2005 referenda in France and the Netherlands, that scuppered the EU constitutional treaty, are unfairly neglected, but important early chapters in the same narrative. As is "New Europe's" avid support of George W. Bush in the war against Iraq in 2003, which set in motion a chain of events ending in the Syrian civil war and the resultant migration crisis. That crisis in turn appears to have played a pivotal role in stoking the fears on which Trump built his 2016 presidential campaign.

The upcoming European elections may return a smaller contingent of far-right deputies than feared. If so, it will be thanks to the resilience of the German, French and, yes, Austrian political systems and societies. Eastern Europeans, however, have become a Trojan horse in Europe. The forecasted single Estonian MEP from the extreme right should serve as a reminder of this long-term threat.