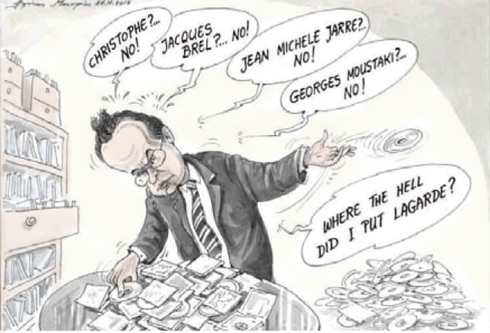 Following the publication by Greek weekly Hot Doc of the so-called “Lagarde List”, which gives the names of more than 2,000 Greek tax evaders, former Finance Minister George Papaconstantinou is under pressure to explain why he did not forward it to the courts after Christine Lagarde, then French Minister of Economy, sent it to him on a CD.