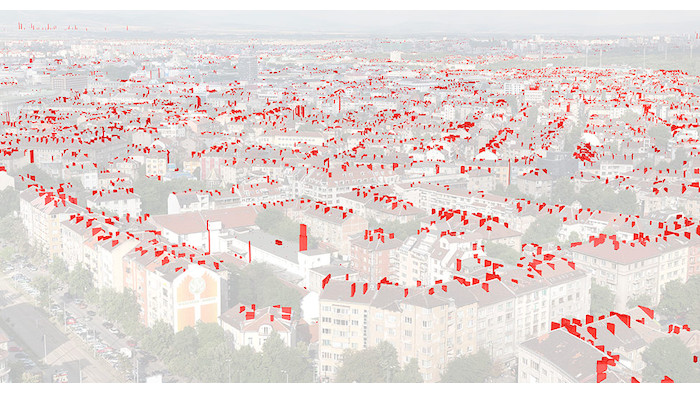 The smokescreen of euroscepticism

Bulgaria is now the amalgam of a pro-European ‘façade’ democracy and a latent eastern European oligarchy – a hybrid that is making less and less effort to clean up its image.

Political representation in the European Union is worse than indirect: it is broken. Not only do we not vote directly for European parties with clear political programmes; by voting for national parties, we have no guarantee that our vote will go to a parliamentary group with a clear ideological position. This is because the EPP, S&D, ECR, ALDE and other groups are essentially alliances of tactical interests rather than ideological formations.

After all, even distinctly eurosceptic and nationalist populist parties are members of the supposedly mainstream European alliances. And though Fidesz has now been suspended from the conservative European People’s Party group (EPP), the membership of the Bulgarian Socialist Party (BSP) in the Progressive Alliance of Socialists and Democrats (S&D) has yet to be questioned.

The nationalist populism of the supposedly leftwing BSP has not only failed to preclude an openly pro-Russian stance but has also led to the party explicitly rejecting the Istanbul Convention (to combat violence against women and domestic violence). Despite taking populism to new extremes, the BSP is apparently still not perceived to be populist at the European level.

Across the board, Europe’s eurosceptic populist parties may be expected to double the number of seats they hold in the European Parliament but are hardly likely to take more than one-third of all parliamentary seats. In Bulgaria things look even better at first glance: whereas in 2014 the explicitly nationalist populist parties won two seats, current polls show that if the United Patriots (part of Bulgaria’s coalition government since 2017) and Volya win any seats at all, they still cannot hope for more than three of the country’s 17 seats.

Thus on the face of it, Bulgaria seems like a pro-European country whose nationalist populists cannot threaten the future of the EU. Perhaps then the electoral surge of populist parties across Europe is about to stagnate, along with the most outspoken forms of euroscepticism. Particularly in the wake of the Brexit fiasco, these parties are increasingly in favour of a ‘Europe of nations’, a notion that is currently in vogue in Bulgaria too, whatever this political oxymoron might mean.

According to Timothy Garton Ash, we are witnessing an anti-globalist and anti-liberal counterrevolution. I would put it in milder terms: we are witnessing a creeping restoration of the local elites who were partially declassed by globalization. In eastern Europe, this means the former communist nomenclature, security services and the old cultural elites. For these people, nationalist populism and sovereignism are rarely an existential credo but rather an excellent smokescreen under which to counter even the slightest attempts at external control by European institutions.

Meanwhile, anti-liberalism and the lambasting of civil society (Oh, that Soros!) are the preferred means for blocking domestic resistance; and nationalist populism is a tool for state capture. Populist discourse in Bulgaria is vastly more present now than five years ago, even if outright populist parties have never won a majority. Meanwhile, press freedom has suffered, with Bulgaria’s worldwide ranking falling from 87th in 2013 to 111th in 2018 according to Reporters Without Borders. In 2017, the populist nationalist United Patriots became the junior coalition partner in the government as anti-democratic discourse continued to seep into common usage among all political parties, including the so-called mainstream ones.

Democracy in Bulgaria is deteriorating though not, for the time being, into true authoritarianism: an oligarchy in the style of Vladimir Putin’s or Viktor Orbán’s would be too pure a model for local Bulgarian elites to implement. This is also why the European elections will be presented as a victory of pro-European forces in Bulgaria, even as dealings with Russia on gas, nuclear power plants and other corrupt projects are in full bloom.

Bulgaria is now the amalgam of a pro-European ‘façade’ democracy and a latent eastern European oligarchy – a hybrid that is making less and less effort to clean up its image. But as long as there is no true European representation, this hybridity is not just possible, it is increasingly contagious.

This column is published in collaboration with Eurozine