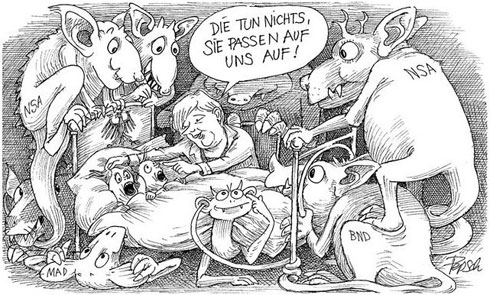 Things that go bump in the night

They’re not doing anything, they’re protecting us!

As Berlin and Washington respond to revelations that the NSA spied on Germans with the cooperation of German intelligence services, details of the vast scope and breadth of the American espionage operation continue to surface.

Most recently, Der Spiegel reports that an American military base at Griesheim, in Hesse state near Frankfurt, houses the headquarters of the NSA’s European Cryptologic Center, whose operations account for the agency’s “largest analysis and productivity in Europe”.