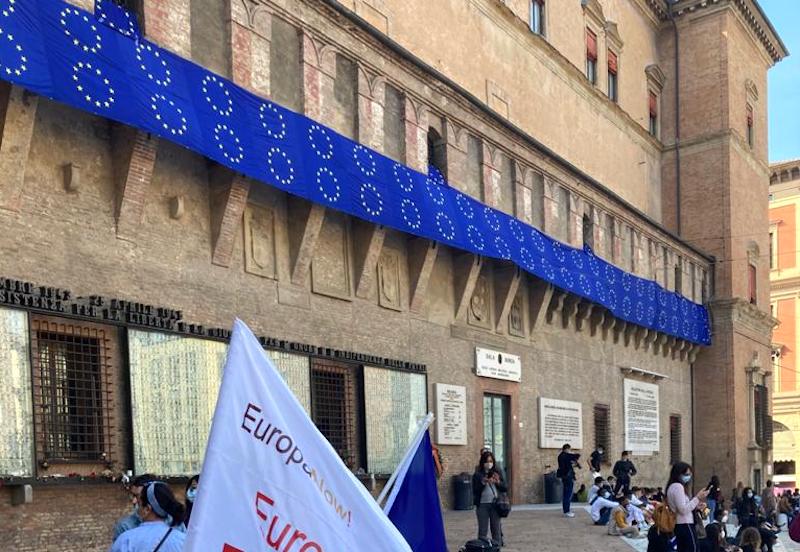 Time to turn Europe Day into a Europeans’ Day

In the face of the black clouds of sovereignism, which have never disappeared, it is time for civil society to mobilise also to turn Europe Day into a celebration of Europeans, says EuropaNow! president Eric Jozsef.

‘A united Europe was not achieved and we had war’. It was with this memory-monitory that Robert Schuman inaugurated the adventure of the European Community on 9 May 1950. Seventy-one years later, there are three reasons to celebrate the anniversary of this statement by the then French Foreign Minister, made just five years after the end of the world conflict and chosen in 1985 to mark Europe Day.

In response to the pandemic, the Twenty-Seven have launched the Next Generation EU recovery plan, which is intended to revitalise the continent's economy and which opens up, with the prospect of a common debt, a new phase of concrete solidarity between members. Today also marks the start of the Conference on the Future of Europe, where all citizens are invited to discuss and express their expectations for the Union.

There are many doubts about the concrete outcome of this consultation. Without a thorough reform of the treaties, Europe will remain in the hands of national governments through the European Council, where the most essential decisions (in particular on taxation) must be taken unanimously. Still, for the first time civil society is invited to debate, suggest changes, make itself heard: it is therefore a unique opportunity to be exploited.

The third reason why Europe Day 2021 is of particular significance is the remembrance of the Manifesto for a Free and United Europe written exactly 80 years ago in Ventotene. While Nazi-fascism raged across the continent and seemed unstoppable, Altiero Spinelli, Ernesto Rossi and Eugenio Colorni imagined from the exile the future of a peaceful, federal and united Europe. It is in this spirit that the EuropaNow! association, on 8 May, the day on which the Second World War ended in 1945, unfurled a European flag over 50 metres long and two metres high on the facade of Palazzo d'Accursio, the Italian city of Bologna's town hall, to celebrate the founding values of the Union and to relaunch the common project of a more solidarity-based, united and democratic Europe. The long star-studded banner was made by stitching together some 150 European flags, in the spirit of Jean Monnet who declared 'we do not unite states, we unite people'.

And we must always remember that the EU was founded on the will to cooperate in order to overcome the tragedies of the 20th century and totalitarianism. This can often sound like rhetoric. Yet we need only look beyond the EU's borders. From Belarus to North Africa, from Erdogan's Turkey to Putin's Russia, to Ukraine where there have been around 14,000 people killed since 2014: almost everywhere we are witnessing conflicts or the rise of authoritarian regimes. Not forgetting that Brexit has also triggered new violence in Northern Ireland and even tensions, with the deployment of French and British military ships off the island of Jersey.

In the face of the black clouds of nationalism, which have never disappeared, it is time for civil society to mobilise also to turn Europe Day into a celebration of Europeans.

👉 The article in Italian on HuffPost Italia.