Ideas After the European elections in Slovenia 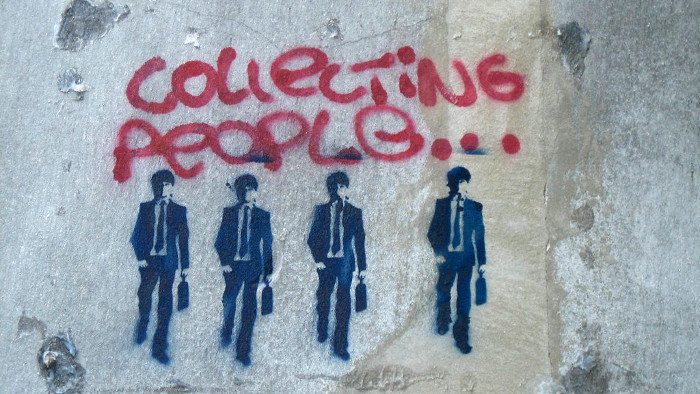 Ideas After the European elections in Slovenia

Trapped between authoritarianism and ‘normality’

Authoritarian tendencies in Slovenia are shaping a somewhat fearful new normality as the creeping polarization of public life intensifies.

discosour | Flickr CC BY-SA 2.0 |  Detail from a mural in Ljubljana.

Janez Janša’s Slovenian Democratic Party (SDS) and the Slovenian People’s Party (SLS) are the winners of EU election in Slovenia. Their joint list received a rather convincing 26.4 percent of votes, thus winning three out of eight MEP seats. Two coalition parties, the Social Democrats (SD) and the Marjan Šarec List (LMŠ), secured two seats each with 18.6 percent and 15.6 percent respectively.

Janša’s success is relative when one considers that he received less than three fifths of the support that the opposing coalition parties attracted between them. Nonetheless, this is the third consecutive success for the SDS in a short period of time.

Last year Janša, a strong and devoted ally of Hungary’s hard-line Prime Minister Viktor Orbán and his ruling rightwing Fidesz party, won the parliamentary elections. Notwithstanding which, he was unable to form a coalition after the current prime minister, Marjan Šarec, formed a minority government with moderate liberal groups. Later on in 2018, the SDS also obtained the most mayoral posts in local elections.

Under the veil of normality

For now, Slovenian imitators of Orbán appear to be victorious, but not entirely politically effective. In contrast to the prevailing rhetoric in Hungary, intense talk of Christian values and their importance to European identity was lacking during the campaign here, as this would presumably have benefitted the Christian democrats in the party Nova Slovenija, which won 11.1 percent and one MEP seat.

Orbán illicitly financed the SDS’s parliamentary campaign in 2018 and is also indirectly investing in Janša’s media operations. In his speech only a week before EU election day he stressed that neither Slovenes nor Hungarians want illegal migration and that both countries need strict border control. After that he openly declared a long friendship with SDS MEP Milan Zver.

The relatively peaceful course of the electoral campaign was marked by anti-immigration slogans and extensive fear-mongering, predominantly focused on the thrilling story of four refugees who kidnapped a local farmer at the Croatian-Slovenian border. In general, the country remains politically polarized, trapped between authoritarian tendencies and repeated efforts to combat them. Such efforts are mostly made under the veil of ‘normality’ by those leading liberal and centrist politicians who are attempting to put an end to Janša’s dominance.