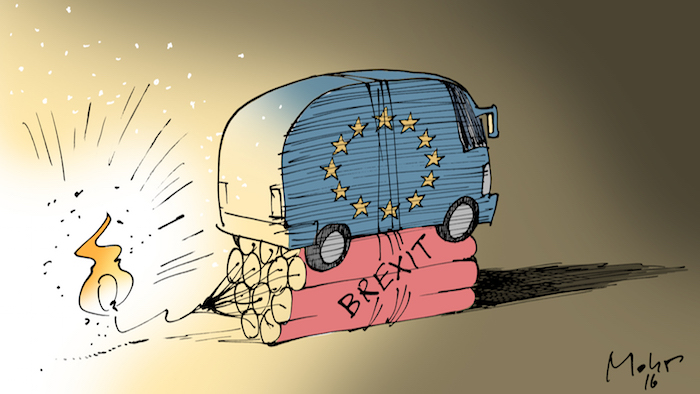 We deserve better than this

On 23 June, the British people will make one of the most important choices in recent years. Having been called to vote for or against the UK remaining in the European Union, they will determine the future of their country – and of the EU – for at least a generation.

It is for this reason they were right to expect an electoral campaign in keeping with the gravity of what is at stake, with advocates of both Leave and Remain making an effort to inform voters. Both views are legitimate, and there is no shortage of arguments supporting each side.

As for us, we would prefer a comfortable victory for Remain, both for symbolic reasons (Brexit would deal a real blow to a stumbling European project and act as a terrible political signal abroad) and because Brexit would unleash a series of negative consequences on the economy and on the freedoms of British and European citizens.

Instead what we have seen is an irruption of passions verging on the irrational, particularly in the Leave camp, dominated by the figure of the former Mayor of London Boris Johnson and his political ambitions. The ‘Brexiteers’ have not thought twice about deploying false or misleading arguments – like the UK’s contribution to the EU budget, internal EU immigration, or the promise of independence and restored greatness – to seize hold of a generally ill- or badly informed public and press.

The Remain camp has brought together Prime Minister David Cameron – once a sworn enemy of Brussels – and the leader of the opposition Jeremy Corbyn (one more argument for those accusing the EU of being “at the service of the elite”). But, faced with such tactics, it has not been able to dictate the terms of the debate, energise the campaign beyond an appeal to pure pragmatism, or defend the UK’s European vocation and the shared bonds that connect it to Europe. It only takes one further step to argue this proves how little attachment Britons have for the EU, regardless of their political allegiance.

This toxic climate culminated in the assassination on 16 June of the Labour MP Jo Cox, 41, in front of her office in Birstall, in Yorkshire. She had been actively campaigning to keep her country in the EU. Her presumed killer, an extreme-right activist, claimed his actions were politically motivated.

After the murder of Jo Cox, the two sides suspended their campaign for three days and seemed to have come to their senses. We must hope that they will use the remaining days before the vote to honour the gravity of the attack and what is at stake in the referendum. Britons and Europeans deserve better than the shameful spectacle we have seen up to now. As certain British twitter users have put it: “Come on, Britain. We’re better than that.”