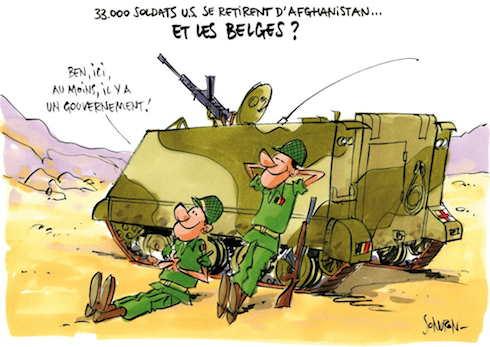 Caption: 33,000 US soldiers are pulling out of Afghanistan. What about the Belgians?

Soldier: "At least they've got a government here!"

In the wake of the US decision to pull troops out of Afghanistan, several countries, starting with France, have announced that they will begin withdrawal. Meanwhile, Belgium has been without a government for more than a year.