Ideas Europe and the migrant crisis 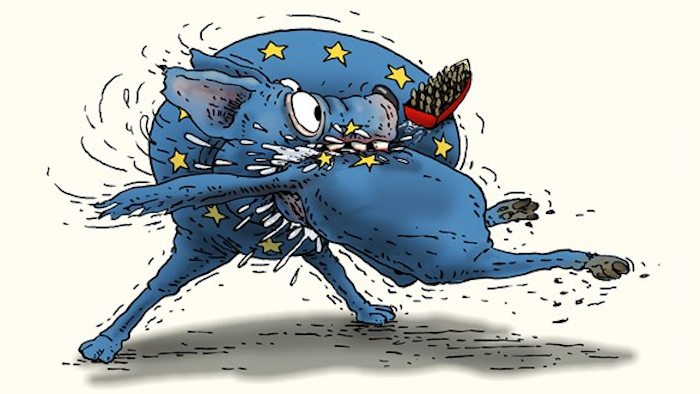 Ideas Europe and the migrant crisis

What lies beyond Valletta Summit

The EU-Africa summit taking place in Malta is focusing on security issues and readmitting migrants rather than on cooperation, laments a humanitarian operator based on the Mediterranean island.

The EU-Africa Summit on migration, the so-called Valletta Summit, was called after an emergency summit by EU heads of government in reaction to one of the most horrible tragedies on the doorstep of Europe, the shipwreck that claimed an estimated 800 lives in the Mediterranean.

Just a few days before the summit, it has emerged that there is disagreement between the EU and the African Union (AU) regarding the question of repatriation and readmission. This is not surprising given that the agenda for the Valletta Summit was seen by the Africans to be driven solely by the EU and for the following reasons.

The invitation of the AU to the summit without the presence of certain key African leaders poses a problem. For instance, the choice to leave out leaders such as President Robert Mugabe of Zimbabwe, who is also the chairman of the AU, was bound to cause division of opinion within the AU.

Second, the Valletta Summit was from the onset seen by the AU as an EU Summit with them being guests. Apart from the various instruments that define AU-EU relations or partnership, it is important to note that the AU has had a common position on migration and development since June 2006.

According to a report launched this year by the UN Economic Commission for Africa’s High Panel on Illicit Financial Flows, illicit transfer of funds, like tax evasion and money laundering, out of Africa by multinational companies amount to an estimated $50 billion per year, which is double the amount of aid Africa receives.

Third, the Valletta Summit poses a moral dilemma for the AU and its leadership. The EU is the biggest donor to the AU. Therefore, there are those who see the Summit as yet another way of political blackmail and arm-twisting of the AU. The EU will dangle cash in the face of the African leaders and in return demand readmission of their nationals.

A failure to agree on a common strategy driven by the EU agenda will be communicated by EU leaders to their electorate as a lack of political will from the African side and a lack of responsibility towards their citizens.

Furthermore, there are those who think that a failure to reach an agreement on readmissions gives the opportunity for the EU or individual member states to enter into bilateral agreements with particular countries by providing financial rewards to those countries that agree to these ad hoc agreements.

Such actions by the EU or member states will undermine and weaken the institutional cohesion of the African Union Commission.

Finally, the Valletta Summit is increasingly being viewed by many African leaders as more like a summit which will lay the foundation for the mass repatriation of sub-Saharan African migrants in Europe to their countries of origin.

The arrival of large numbers of refugees from the Middle East, particularly Syria, has shifted the discourse on African migrants to economic migrants.

This is exactly where the disagreement between the African position on migration and the EU’s position lie. For the AU, poverty and natural disasters from the effects of climate change forces young Africans to migrate to Europe in search of better opportunities. Migration out of Africa has had both a positive impact on the economies of African countries in terms of remittances, and a negative impact on societies in terms of the brain drain.

Thus, the AU sees a durable solution not in the repatriation of African migrants who have been forcefully displaced but calls for the support of African countries to deal with the root causes of migration at home.

In my opinion, the EU-Africa Summit is an opportunity for EU leaders and their African counterparts to enter into an open and transparent dialogue to address the concerns of both parties, particularly to find durable solutions by addressing root causes.

The recent adoption of the Sustainable Development Goals (SDGs) by the United Nations provide the background for this constructive dialogue to happen so that in the spirit of declaration of the UN on the SDGs “no one is left behind”.