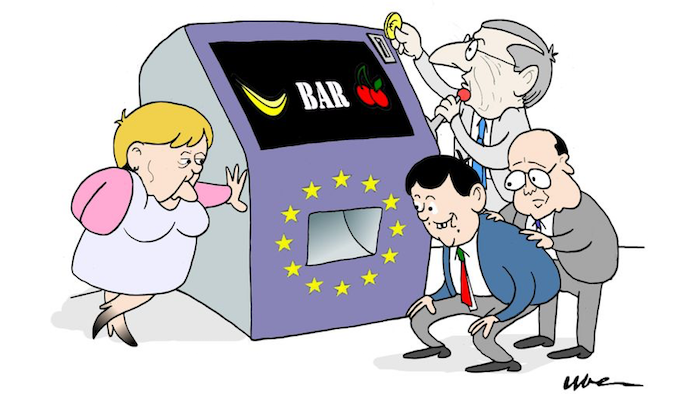 When will we get a social “triple A” rating, Mr Juncker?

Employment is still high on the list of Europeans’ concerns and was the central feature of Mr Juncker’s programme when he first landed the top job at the European Commission. But his plans have been derailed by growing rifts between member states. It is time for the EU to regroup and keep to its promises, a Belgian PhD student argues here.

When he first took office, the President of the “last chance” European Commission spoke of his desire to be “triple-A on social issues”. Over a year later, “social Europe” still remains an urgent necessity for the EU. While today’s climate of crumbling solidarity has left many pro-Europeans with little to hold onto, we must now more than ever remind ourselves of possible paths towards an “alternative Europe” that is based around social principles.

Social affairs lie within national sovereignty, but here too the EU plays some role. It is the EU that defines shared priorities and objectives, encouraging states to cooperate by sharing good practices. The Europe 2020 strategy, born out of the economic and financial crisis, has been adopted through this framework and has pledged to reduce the number of Europeans living in poverty by 20 million by 2020.

This target today lies far off. Divergences between member states have grown wider and the general situation has worsened. In 2013, almost 7 million more people were living in poverty or in social exclusion compared with 2008 – representing approximately a quarter of all Europeans. When it comes to unemployment, there have been an extra 8.5 million jobseekers over the same time period. Young people are most affected, with almost a quarter of them currently unemployed. Child poverty is particularly worrying: 26.5 million children are affected, nearly a fifth of all people living in poverty or social exclusion.

The figures are unprecedented, but the European poverty reduction targets are caught in a paradox: member states are obliged to reduce poverty and social exclusion rates (a non-binding target) while abiding by strict budgetary controls (a binding target).

The reforms dealing with economic governance have now fully defined the hierarchy governing European integration. This had previously been developed in piecemeal and on an ad hoc basis, but now the social aspects of integration have been subordinated to macro-economic objectives. The asymmetry between European policies promoting the efficiency of the market and policies promoting social protection seems essentially to lead to social policies of the lowest order.

This strategy is doomed to failure. Even leaving aside the urgency of Europe’s social situation and its moral duties to act with solidarity, the social deficit in European integration is threatening the entire European project. Just like economic imbalance, excessive social imbalances also pose a threat to the EU’s monetary union. Politically, the dramatic social situation in a number of countries has been fertile territory for nationalism and euroscepticism of all stripes, while social divergences between member states has shaken the EU’s credibility.

We seem to be caught in a trap. While common solutions are increasingly desirable, the sheer range of preferences offered by national politics, fiscal regimes and social security systems, which has been heightened by the crisis, is making these solutions difficult to imagine.

Towards a virtuous cycle?

Paradoxically, this crisis might represent an opportunity. If cross-country engagement is the ultimate condition of any reform to social issues, it is the European Commission that has the ability to put forward any new proposals. The “European foundation for social rights” that Mr Juncker announced for 2016 is an excellent new proposal. If it proves to be ambitious, it will represent a step in the right direction.

But it must go further; we must envisage an approach for systematic support. This is not about creating a European welfare state, but to kick start a process of coordination between national welfare states. Here are some paths that, together or separately, can begin a virtuous cycle for Europe.

A European minimum income. The European Anti-Poverty Network (EAPN) has proposed a directive framework to guarantee everyone an adequate income, enough to live in dignity and defined by the quality of life in each country. The directive would leave member states the freedom to implement measures according to their national requirements and would mean common procedures and standards could be established, prompting an upward convergence of member states’ social standards. In times of economic crisis, the minimum income would act as an automatic stabilising mechanism, ensuring fair competition within the European market.

A European unemployment insurance system. László Andor, the former European Commissioner for Employment and Social Affairs, has proposed a partial (40 percent of the latest salary) and temporary (for 6 months) unemployment benefits for Eurozone countries. The members states’ contributions should allow to raise up to 1 percent of the European GDP and fiscal transfers would act as effective automatic stabilizers during crisis times, thus avoiding the recession/austerity/Union unpopularity spiral.

A eurodividend Professors Philippe Van Parijs and Yannick Vanderborght have suggested an unconditional and universal income to be allocated to all legal EU residents. While this would only be modest, it would allow us to preserve and support the diversity of different models of social protection, which would be able to reduce their expenditure by the same amount and yet still maintain a high level of redistribution.

Transnational transfers would also function as automatic stabilising mechanisms when faced with asymmetrical shocks on the European economy. More ambitiously, revenue raising through a tax on Europe-wide companies would have an additional advantage: by obliging companies to provide a single financial statement for the entire organisation and its subsidiaries, we could see the end of tax optimisation and dumping.

The political status quo has run out of steam, in the wake of crisis after crisis. You must be the leader of a Europe with a human face. “Many things seem impossible for as long as no one does them” (André Gide).

So, President Juncker, when will we get a true social “triple A”?