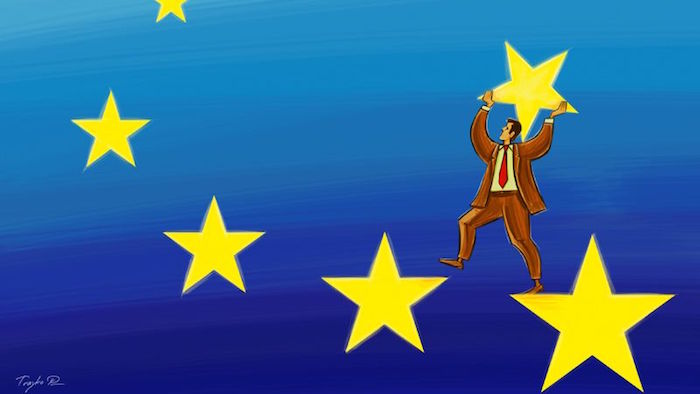 Why Europe is still a political success

While Europe’s current crisis is grave indeed, the European project has broadly been a success. Its pragmatism is the key to its success, and the reason why it continues to sit at the top table internationally, a US specialist in European integration argues.

In an interview with Polish magazine Polityka, Andrew Moravcsik argues that the European Union has succeeded in finding the right balance between national self-interests and federalism —

It is, in fact, reason rather that unrealistic ideals that has always won out in the construction of the European project. Eurosceptics have actually done the most to push it forward —

De Gaulle was behind the Common Agricultural Policy, Europe’s most centralised policy, even though he was against supranational ideas. Margaret Thatcher was anti-European yet promoted the common market.

And it is precisely the single market that Moravcsik praises most highly, because —

it functions well, even if it has been shaken by the greatest crisis since the 1930s. At that time, European states closed their borders. This time, […] they have remained open because Europe has strong institutional protection for the free movement of capital and goods. This is no fleeting success but rather a lasting achievement at a global scale.

Free movement is currently under strain from the migrant crisis. But Moravcsik

does not believe in a centralised migration policy with coordinated migrant quotas. There should instead be bargaining between member states based on their domestic situations.

Elsewhere, Europe remains at the forefront. Despite the rise of China,

Europe has the upper hand on the Middle Kingdom – economically, militarily and in terms of influence. […] China is the most over-estimated power in the world, while Europe is the most under-estimated.”

does not know how to finance and organise humanitarian aid or commerce, nor how to support international institutions or human rights. Nor can it enlarge like the EU. And it has almost no influence on Russia because the two countries do not trade.

Moravcsik nevertheless adds a cautionary note to this flattering portrait —

it was a bad decision to introduce the euro, contrary to what economic logic of the time said. It was believed that the economic cycles of countries within the eurozone would progressively converge, but this has not happened. In the medium term, the shared currency has only benefitted countries like Germany, the Netherlands and Finland, while penalising Greece, Spain, Portugal and Italy.