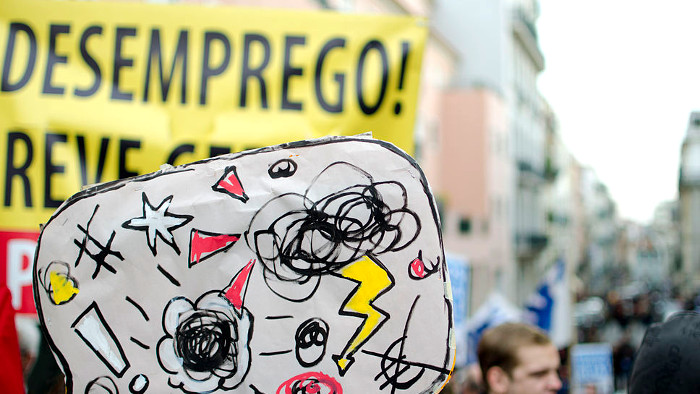 Why Portugal isn’t doing as well as one might think

While the economic turnaround is undeniable, Portugal’s recovery still conceals some grey areas.

In 2014, Portugal said goodbye to the European troika and the measures it enforced after the crisis in 2010, and since November 2015 the country has been ruled by a left-wing government. In recent months articles in the press praising the economic successes of this government have proliferated. There has indeed been a recovery in Portugal over the last few years, as in other European countries. And the left has governed without incurring any damage to public accounts, or the mistrust of creditors.

But honesty makes it necessary to say that Portugal’s recovery isn’t as great as it may seem: the economic and social situation of the country remains a challenge in many respects; and its economic trajectory has in fact been very similar to that of its neighbour, Spain, governed up until recent weeks by hardened conservatives. An overview.

The population continues to leave the country

Portugal has been losing and is still losing a portion of its population since 2008. This is the case for the young, especially the qualified young. For the moment, the left-wing government hasn’t succeeded in reversing the trend.

An active population in decline

Employment, which fell a little less sharply than in neighbouring Spain, has been clearly improving since the end of 2012 and the stimulus measures imposed by the European Central Bank. However, this recovery is happening at a rate similar to that of their Iberian neighbours.

Unemployment, which rose less significantly than in Spain, has dropped back down to pre-crisis levels. But a major reason for this is the decline of the active population, which lost 280,000 people since 2008, of a total of of 5.6 million - a decline two times greater than in Spain.

Domestic demand on the mend

Portugal’s domestic demand is also making a clear recovery, but it still hasn’t returned to its pre-crisis level. Portugal’s pace of recovery in this regard doesn’t differ from that of Spain.

The left’s coming to power in 2015 has yet to  translate into any significant upturn in public spending. Compared with pre-crisis levels, it has, for the moment, dropped more sharply in Portugal than in Spain.

Public debt has dropped ever so slightly over the last few years. But Portugal’s debt ratio remains one of the highest in Europe, along with that of Italy and Greece; and there’s practically no chance of Portugal reducing it to a supportable level without a partial write-off of its debt.

No improvement when it comes to wages

Portuguese wages, which plunged following the crisis, much more so than in Spain, are still yet to recover.

A slight improvement with regard to inequalities

One of the most positive achievements of the Portuguese left is a slight reduction in inequalities, which had increased during the crisis.

In summary: yes, Portugal is doing better. But there is (unfortunately) no reason to see it as a new Mecca for left-wing policy.