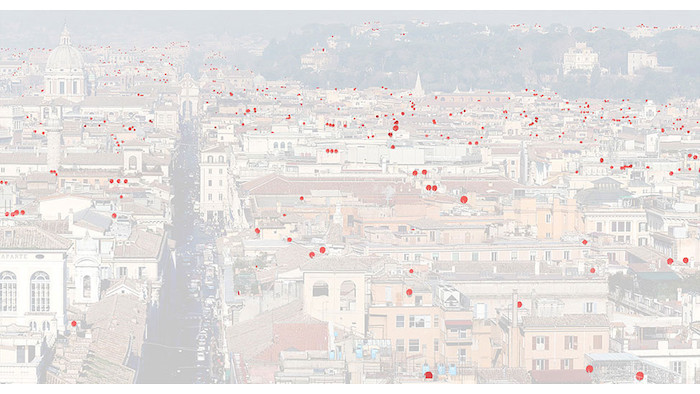 Will the Lega and 5 Star alliance survive the European elections?

“We have reawakened Europe; we’re proud of returning dignity to Italy”. Seated on a white leather chair in the lounge of one Italy’s most popular TV shows, Italy’s Minister of the Interior launches his campaign for May’s European elections with an image he’s been fond of employing in recent months: fists banging on the table of Brussels.

Immigration has been a central theme for the new Italian government, born in June 2018 from the alliance of the 5 Star Movement (M5S, anti-establishment) and Salvini’s Lega (populist right). The government has never ceased accusing Europe of having “abandoned” Italy to the migrant crisis, in order to justify a policy of total deterrence, closing ports to humanitarian vessels which rescue migrants fleeing Libya. “They thought Italy would just swallow everything and pay for it all, but now they understand that in Italy there’s a government, with ordinary, committed people with common sense. Either we all deal with the problem together, or Italy only accepts those with permission”, Salvini declares during his television appearance.
Even if there are only a few weeks left before the European elections, there is little talk of election programs or candidate profiles for the Strasbourg parliament. In the rhetoric of the two governing parties, Europe is conjured up as a bogeyman, in broad, hostile strokes. They treat elections as a proving ground for their own popularity, and for the internal equilibrium of their coalition. According to the latest polls, Lega (who entered government thanks to a paltry 17% of votes in the March 2018 elections) will reach over 30%, while the Five Star Movement, which came first in March, will lose almost ten percentage points.
If the European elections confirm the positive outlook for centre-right parties, with Lega in the lead, Salvini’s party could decide to spark a government crisis and try to hold new elections, with an eye to forming a centre-right coalition with Forza Italia (Silvio Berlusconi’s party) and Fratelli d’Italia (right-wing nationalists). For this reason, the electoral campaign is first and foremost a clash between two governing parties vying for leadership. As clashes go, however, it is rather bloodless.
On immigration, for example, the Five Star Movement has a more open attitude. Aiming polemics at the xenophobic position of Lega, they have tried to win back the left wing of their electoral base. In the middle of March, when a school bus driver of Senegalese origin took a middle school class hostage in San Donato Milanese (on the outskirts of Milan), threatening to kill the students, Salvini immediately promised to revoke the man’s citizenship, as per the law bearing his name, approved at the end of November 2018.
Salvini also promised to grant citizenship to Rami, a 13 year old boy born in Italy to immigrant parents, who managed to prevent the potential massacre. Some days later, however, the minister changed his plans, saying that Rami’s father had criminal convictions and thus the boy would not be able to obtain citizenship. In response, the Five Star Movement and its leader, deputy prime minister and labour minister Luigi Di Maio, insisted that citizenship be granted to the boy for his laudable actions, as per the law.
Another theme on which the Five Star Movement wants to distance itself from its coalition partner is that of gender. Di Maio has criticised the World Congress of Families which took place in Verona at the end of March. This gathering of “pro-life”, anti-abortion groups and associations has received support from Lega’s family minister Lorenzo Fontana, and will see the participation of Salvini. Di Maio has called those participating in the congress “losers”, accusing them of wanting to go back to the Middle Ages.
However, many analysts have noted that the two parties, despite some public disagreement, have so far managed to govern without coming into serious conflict or threatening the stability of their alliance, which was sealed with their “contract for the government of change”. For example, in late August of last year, Salvini was accused of illegal detention after preventing the disembarkation of 177 people rescued by an Italian coast guard vessel. When the judiciary asked the senate for authorisation to launch proceedings against the minister, Five Star protected Salvini and denied authorisation. This would seem rather unthinkable for a party which owes its success to railing against the “establishment”, against corruption, and against the immunity of parliament members, considered a form of privilege.
In the same way, despite all their criticisms of the so-called “Salvini decree” on immigration and security, Five Star withdrew all of their amendments and ended up supporting it. The continued skirmishes between the parties, which have not led to any real fracture, have rather produced an impasse, above all on European and international questions. They seem content to wait and see how the balance of power plays out within the European Parliament and other institutions before making any decisions.
The decision to extend the “Sophia” naval mission for another six months seems to suggest as much. The mission was established by the European Commission in 2015 to combat human trafficking. Despite numerous criticisms, it was decided to extend the mission until after the elections. Starting in April, however, there will be boats placed at the disposition of the mission, aiming to prevent rescue operations taking place in the Mediterranean. The only ones still speaking positively about Europe – except of course for the radical-liberals of +Europa – are those in the Partito Democratico (PD), which recently elected a new leader through a party congress and primary elections. The party has decided to include the phrase “We are Europeans” in their electoral symbol, emphasising a positive attitude towards the Union.

After the election of Nicola Zingaretti, the party’s new leader, polls have shown increased support for the PD, but it is still seems far from representing a challenge from the centre-left. Some have suggested that the PD should have assumed a more critical position towards the European Union, and demanded reform, in order to seize upon the dissatisfaction of many citizens. Many, in fact, will choose not to vote in the May 26th elections: they feel abandoned, far removed from even national politics, let alone the European Union.