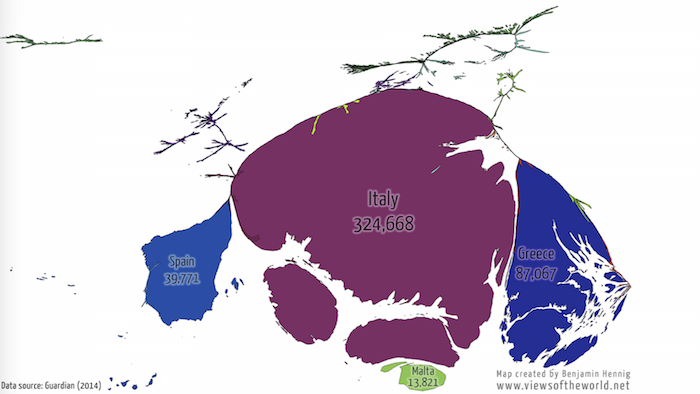 A map of Europe’s countries where migrants arrive by sea

Views of the World

This map, made by geography researcher Benjamin Hanning and based on data collected by The Guardian, shows the countries of the European Union resized according to the total number of migrants who arrived by sea between 2006 and 2014.

Only four EU member states – Italy, Spain, Greece and Malta – "have to deal with the problem", writes Hanning, according to whom "there is the need for an EU-wide search and rescue plan to prevent more people from dying in the Mediterranean but also a European-wide political solution for those who survive the voyage into Europe."