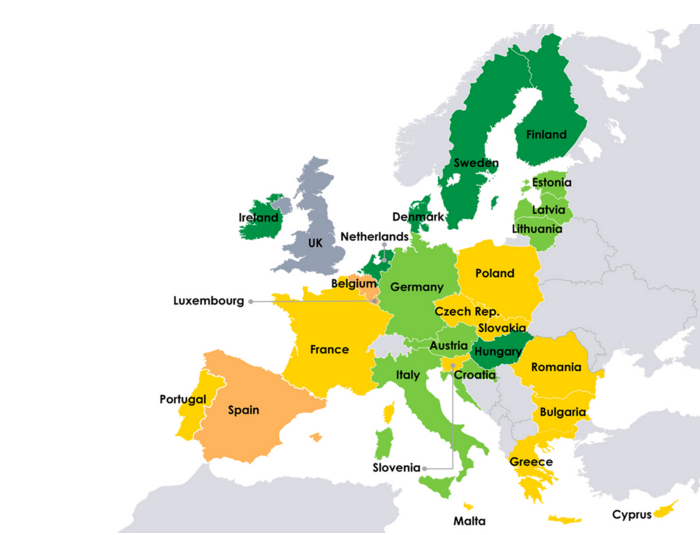 On 10 November British prime minister David Cameron set out his government's demands for reforms ahead of a referendum on Britain's EU membership. Cameron listed four objectives: Protection of the single market for Britain and other non-euro countries; boosting competitiveness by setting a target for the reduction of the "burden" of red tape; exempting Britain from "ever-closer union" and bolstering national parliaments and restricting EU migrants' access to in-work benefits such as tax credits.

This map, by the British think tank Open Europe, shows how likely the other EU member states will back Britain's demands. Dark green indicates that they are "very likely" to back them; light green that they are "sympathetic to UK demands, but support likely not unconditional"; yellow that the "position is unknown/unclear or 50-50 chance backing UK demands" and pink that they have "reservations over UK demands".