Foreign fighters in Syria and Iraq 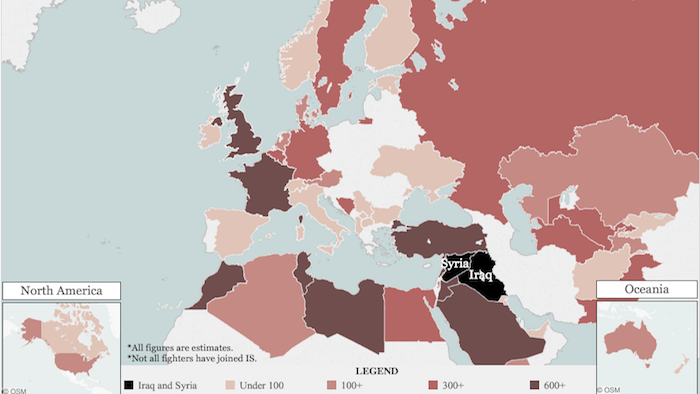 Foreign fighters in Syria and Iraq

This map, created by Radio Free Europe/Radio Liberty the day after attacks carried out by Islamic State which left at least 129 people dead in Paris and its inner suburbs, shows the countries of origin of foreign fighters in Iraq and Syria, in particularly from European countries.