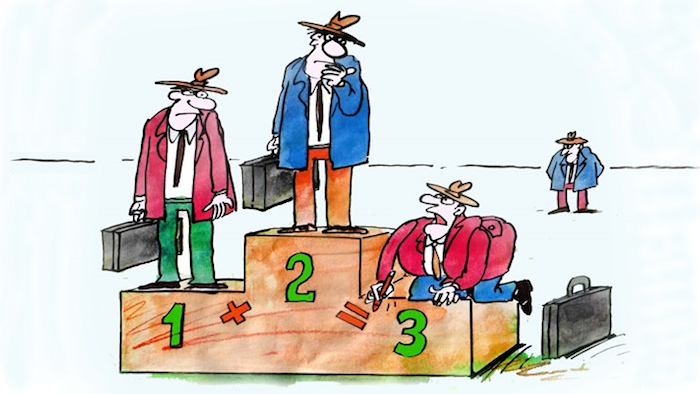 The Dutch Presidency of the European Union released on Thursday 21 January at the European Commission in Brussels a new ranking of public integrity for the 28 EU member states. The ranking represents the first objective measurement of public integrity in the EU. It is part of a report on trust and integrity commissioned to a group of research institutes collaborating on the EU FP7 ANTICORRP project led by Professor Alina Mungiu-Pippidi at the Hertie School of Governance in Berlin.

The ranking is based on six closely associated indicators, which on one hand correlate sufficiently to be aggregated into one index, and on another are strongly associated with existing corruption indicators. These commonly used indicators, for instance Transparency International’s Corruption Perception Index, are based on expert views.

The new Index of Public Integrity (IPI) is more objective. It draws on six transparent indicators: administrative simplicity (time to register a business and pay taxes), trade openness, auditing capacity, judicial capacity, e-services offered by the government and e-services used by the population. This transparent structure means the index can be compared over time (from one year to another), something that would not be possible with perception based indicators.

It also makes the indicator sensitive to policy reforms, another shortcoming of perception based indices that are notorious for lagging behind reality. For instance, Greece was only ranked as very corrupt in rankings after the euro crisis became public, whereas corruption is seen as a major cause for it. The ranking, shown in the table, lists Scandinavian countries and the Netherlands firmly on top, with Bulgaria, Romania and Croatia competing for the bottom of the ranking. The index is offered for 2012 and 2014, the latest available data. It shows positive trends for Romania (which moved ahead of Bulgaria after being last until 2012) and especially Greece, which registered the largest progress in recent years together with Latvia and Lithuania (see chart).

The report argues that economic performance alone does not explain the sometimes dramatic decline in trust in government. Europeans in many member states perceive a serious drop in the quality of governance, and the failure of current policies to redress it. Only in a minority of countries in present-day Europe do we encounter a clear majority believing that success in either the public or private sector is due to merit.

More than half of Europeans believe that the only way to succeed in business in their country is through political connections. Less than a quarter of Europeans agree that their government’s efforts in tackling corruption are effective. The countries where citizens perceive higher integrity and better governance are those that managed to preserve high levels of trust in government despite the economic crisis.

In pointing to those factors contributing to the growing loss of trust in national and European institutions throughout the EU-28, the report has taken a major step towards helping understand this crisis. It formulates lessons learned from this evidence review and hopes to inform the policy debate on how to address the apparent lack of public integrity in Europe.