Ideas After the European elections in Portugal 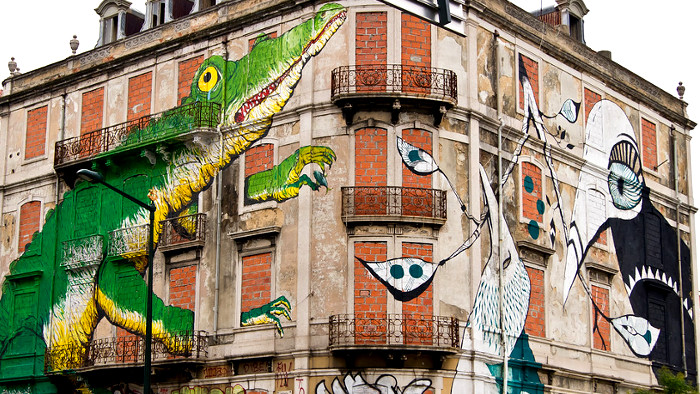 Ideas After the European elections in Portugal

A progressive alternative for Europe?

The question above might reasonably be reformulated thus: could the ability to form an innovative left-leaning coalition, so influential at a domestic level to Portugal breaking free of austerity, effect a similarly startling shift in the dynamics of the European Union?

In stark contrast to the increased turnouts across Europe, almost 70 percent of the Portuguese electorate hit the beach instead of the voting booth. Those who did show up to vote resisted the anticipated populist rightwing wave (Basta! received a mere 1.49 percent) and helped strengthen the current leftwing hegemony. The traditional Right dived deeper into depression.

In previous European elections, the electorate had tended to show the government a ‘yellow card’. This was the first EP vote in Portuguese electoral history where the governing parties were victorious and even built upon their domestic lead. Not only does the result reinforce current socialist Prime Minister António Costa’s bid to continue ruling after this autumn’s general elections, it also enhances the reach of his geringonça – the term originally used pejoratively by a conservative commentator to describe the governing leftwing coalition assembled against the odds in 2015. It can be roughly translated as ‘contraption’; and this contraption has just entered onto the European scene.

We recall that a rightwing coalition won Portugal’s 2015 general election without achieving a parliamentary majority (36 percent). The Socialist Party came second with 32 percent but was able to organize a parliamentary alliance with the Bloco de Esquerdaand the Communist Party (GUE), thus uniting the Left and preventing the Social Democrat Pedro Passos Coelho from continuing his premiership. The anti-Troika parliamentary coalition, a novel departure from tradition to say the least, was scarcely expected to last a couple of months, let alone a full term in power.

With Costa at the helm, the government was able to roll back the suffocating austerity policies that had numbed the country for almost half a decade, and find a coherent and progressive alternative to TINA. Four years later, the Portuguese economy is picking up and the country’s deficit is now the lowest since the transition to multi-party democracy. Unemployment is low and Minster of Finance Mario Centeno is president of the Eurogroup. The Portuguese government is a case study for Europe when it comes to a progressive alternative to current liberal, rightwing and authoritarian-populist trends.

In defence of the European project

With this in mind, we can better understand Costa’s recent meetings with Macron and other European leaders and his attempts to bring his tactical skills to bear in Brussels, particularly with regard to preventing Manfred Weber and the EPP from taking control of the next European Commission. The next step: installing a European geringonça in the Berlaymont. A new era in European politics could well be in the offing.

Ultimately, it is not only the informal Spitzenkandidat system per se that is at stake, but who will follow Jean-Claude Juncker as President of the European Commission. If Costa and his fellow socialists are to succeed in offering a viable alternative to the last 15 years of rightwing politics in the Union, they first need the support of a qualified majority of governments in the Council and then the votes of at least 376 MEPs.

To achieve this now, having already managed to convince the EPP to drop Weber, they must carefully negotiate Junker’s replacement while taking into account that the socialists, the liberals (now Renew) and the GUE do not hold a majority among EU governments and that the EPP (with a majority in the Council) needs to receive a couple of juicy bones (i.e. top EU jobs) in order to be persuaded to abandon their claim to the top EU position.

In my opinion, such a strategy can only end in the final selection of Margrethe Vestager, as Frans Timmermans will most probably serve as a bargaining chip and thus leave the scene during the negotiation process. If Vestager does not emerge as the final selection, we will not see a Spitzenkandidat at the helm of the Commission as the Council will look elsewhere. Doing so would break the post-Lisbon Treaty relation between the European election results and their political outcome. This would amount to a setback in terms of the democratic aspects of the Union.

Either way, these post-election developments will provide a good opportunity to follow European politics in the making, hopefully a politics that is sufficiently transparent to engage European citizens. I would like to believe that Europe’s political culture has in fact already changed sufficiently to preclude the old-school backroom deals which used to render the fascinating and complex political construction that is the EU a faceless bureaucratic machine. Moreover, I would like to believe that the current crop of European leaders and MEPs can rise to the challenge and deliver a European geringonça as the necessary alternative to EPP rule. Meanwhile, in the shadows lurk the vultures Orbán, Salvini and Kaczyński, waiting to chew on the bones of Europe.