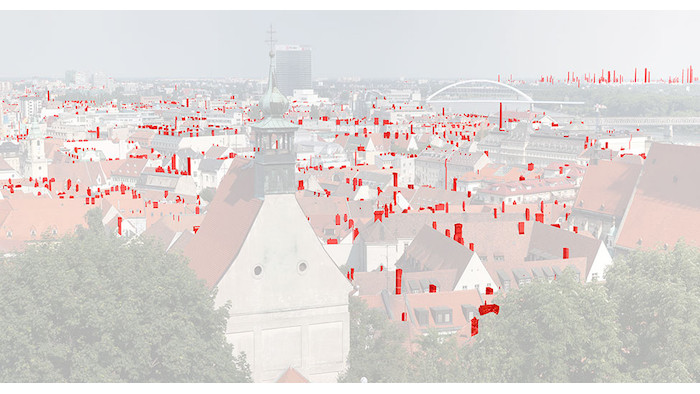 A surprising source of hope

With the election of pro-European lawyer and activist Zuzana Čaputová as the country's president, and voters’ growing interest in a liberal and pro-European alternative, the "Zeitgeist" seems to be wavering in Slovakia. Central Europe is waking up to the idea that liberal democracy and the European Union are not without their advantages.

In the mountain village where I go to get away from the city, the bus turns back at the tavern, where the road ends. In the winter, sunlight is blocked by the high, steep hills above the village. At times it seems that this place is not just secluded from the city, but from Europe itself.
I was here in January 2009, only a few days after Slovakia joined the eurozone. The tavern owner charged me 50 cents for a pint of beer (the price remains the same) and looked at the coin with amusement. Then he tossed the token into the register with the certainty of a man no historical change could surprise.
Slovaks see themselves as an adaptable people: passive witnesses to centuries of history, managing to survive the various empires that have ruled over them (Hungarian, German and Russian). However, the European Union was the first empire the Slovaks joined voluntarily, and even made serious efforts for their right to do so.
In the 1990s, the autocratic Vladimir Meciar, a notorious liar and forerunner of today's populists, ruled Slovakia. Slovaks had to defeat Meciar before having any chance for EU membership.
After the defeat of Meciar, Slovakia became a "political nation", which understood the need for - and had a genuine desire to be part of - a democratic Europe. However, when they finally joined in 2004, passivity took hold once again: Slovaks’ participation in the 2014 European elections was the lowest in the EU - only 13%. It wasn’t that they disliked the European Union; they just felt it would do without them.
However, events since then have forced Slovak society to pay much more attention to Europe. In 2015, fear of immigrants flooded Europe, and the then Slovak Prime Minister Robert Fico had his work cut out. In recent years, Central European states have been dominated by populists with authoritarian tendencies. In 2016, an openly fascist party entered Parliament in Slovakia. Many Slovaks have realised that democracy is not something that can be taken for granted, that it would have to be earned again through struggle, as it had been in the 1990s.

Although Slovakia has formally maintained a liberal democracy - it is the highest scoring country in Central Europe for media freedom - it has also become increasingly clear through independent media that corruption, which has pervaded the entire political system for far too long, threatens the country far more than any non-existent immigrants. New scandals began appearing every day, and young people finally began organising mass marches against corruption in 2017.
Then came February 21 2018, when investigative journalist Ján Kuciak and his girlfriend Martina Kušnírová were shot dead by a contract killer. A few days later, the public squares of most Slovak cities were filled with demonstrators. These demonstrations were even larger than those in November 1989, when the communist regime fell.

Prime Minister Robert Fico, who had ruled for over 10 years, resigned along with his Interior Minister. However, the government coalition continued under a new prime minister, who revealed his hand to the police. As a result, the murderer and his contractor - a Slovak businessman - were found and charged.
Slovak society gradually became acquainted with the story of this Slovak entrepreneur and his many friends in politics and the judiciary, how he bribed some and blackmailed others. Newspapers began to resemble American-style detective novels, and were just as difficult to follow, despite being factual.
The shock and consequences of Kuciak’s murder will be wide-reaching and long-lasting: even the European elections will be affected. Slovakia is on the move. Half a year ago, young liberal candidates, defeating a generation of corrupt cynics, won in virtually every city during the local elections. This was so unexpected that it began to be called the "hipster revolution".
Lawyer and activist Zuzana Čaputová won the presidential election in March, and suddenly the country didn’t seem as patriarchal and conservative as many citizens believed it to be. This is how social revolutions happen: a person, a woman, came to speak, among other things, about equality for homosexuals and their right to love (and even to adopt children). Many voters found that they thought the same thing.
Čaputová’s victory signifies the rejection of the widespread notion that liberal elites are "detached from the people". In fact, Čaputová's victory is proof that voters are willing to favour liberal personalities instead of populists: but they still need to be credible, authentic and charismatic.
Zuzana Čaputová was the vice president of new political party, Progressive Slovakia. The party was formed less than two years ago as a pro-European, slightly left-wing alternative for the younger generation. Today (in coalition with a similar party called Together), the party is in second place, at 14 percent, in the polls. For the sake of complete transparency, I should mention that my son is running for this party in the European Parliament elections.
It could be just a coincidence, but Slovakia is preparing for a duel whose nature is typical of Europe itself.
Until recently, it had seemed that nationalists, fascists and the far right, representing some mysterious "Zeitgeist", with Trump and Brexit as figureheads, had secured a dominant position both in Slovakia and in Europe.
Now, with the victory of Zuzana Čaputová, and voters’ growing interest in a liberal and pro-European alternative, the "Zeitgeist" seems to be wavering. Central Europe is waking up to the idea that liberal democracy and the European Union are not without their advantages. The old tavern owner, for his part, may just have said that it wasn’t worth talking about.

You can unsubscribe anytime *
Categories
Politics and democracySlovakia