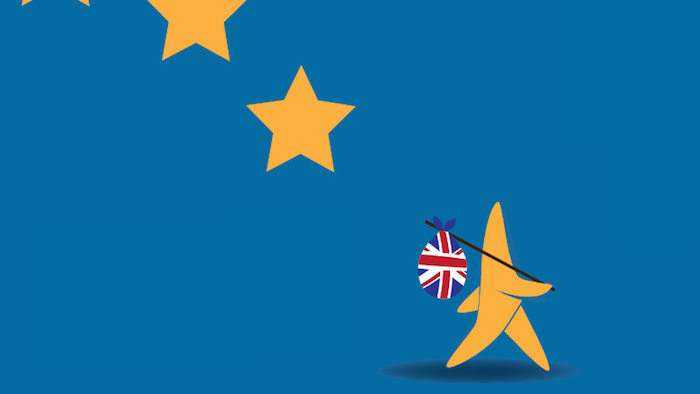 A Turkish model for post-Brexit

Turkish model with a visa-free policy is the most realistic scenario for post-Brexit EU-UK relations, says a study from Brussels-based organization ECAS.

There is no ‘best alternative’ to EU membership for EU citizens in the UK and UK citizens in the EU after Brexit under which all their current rights will be fully preserved. A choice, therefore, will have to be made during the negotiations about which rights to retain for the more than 4 million EU and UK citizens who will be directly affected by the Brexit deal that is eventually reached.

ECAS’ study analysing existing models of relationships between the EU and non-EU countries, including Norway, Switzerland, Canada and Turkey, shows that the various rights currently guaranteed to EU citizens under EU membership will only be secured to a certain extent or, in some cases, removed altogether in all of the models considered.

The so-called ‘soft’ Brexit options, namely the Norway and Switzerland models, would offer the most guarantees to EU citizens in the UK and UK citizens in the EU. Still, there would be some restrictions affecting residence rights, political rights and access to EU institutions under the Norway scenario. Additional limitations concerning the right to do business, to non-discrimination and EU consumer protection rules would exist under the Switzerland scenario.

Both of these scenarios would, however, oblige the UK to guarantee free movement of people, which was the main argument from the Leave campaign to vote for Brexit. Being a red line for the UK government, neither of these options is realistic at present and has therefore to be dismissed.

The Turkish model as a possible common denominator

Left with the ‘hard’ Brexit options – Canada and Turkey – the latter seems to be the optimal scenario to preserve citizens’ rights. While the Association Agreement that the EU has with Turkey does not foresee the free movement of people, it does provide for the gradual accumulation of residence rights and work-related rights by Turkish workers who are legally employed in an EU country, as well as by their family members. In addition, measures taken under the Association Agreement have extended the application of EU rules on the coordination of social security systems to Turkish workers in the EU and their family members, even if these provisions are not yet fully implemented.

A similar legal framework, complemented by a visa-free policy, would allow EU citizens in the UK and UK citizens in the EU to (continue to) enjoy, in a controlled way, some of the cornerstone rights associated with free movement. At the same time, such a framework would not make the UK bear all the consequences that full membership of the single market would imply, and which the UK government is fundamentally opposed to. As a result, it could be put forward as a plausible scenario.

Another option is the conclusion of a bespoke arrangement that could combine elements of the different presented scenarios.

Whatever choices are ultimately made, however, the future relationship between the UK and EU should be decided in close consultation with citizens, social partners and elected representatives, and should not be driven solely by governments without sufficient regard for the concerns of those who will be most affected. This is a real chance for both EU and UK institutions to regain the trust of their citizens, which has either been steadily diminishing in the last few years or has remained stable at very low levels, by actually taking into account their concerns and wishes.

In partnership with other citizen-driven organisations, ECAS is organising a series of national seminars in London, Belfast, Gibraltar and Brussels to inform citizens about the implications of the different Brexit options, to gather their views and to enable citizens to make informed choices about the outcome they desire. More information can be found here.