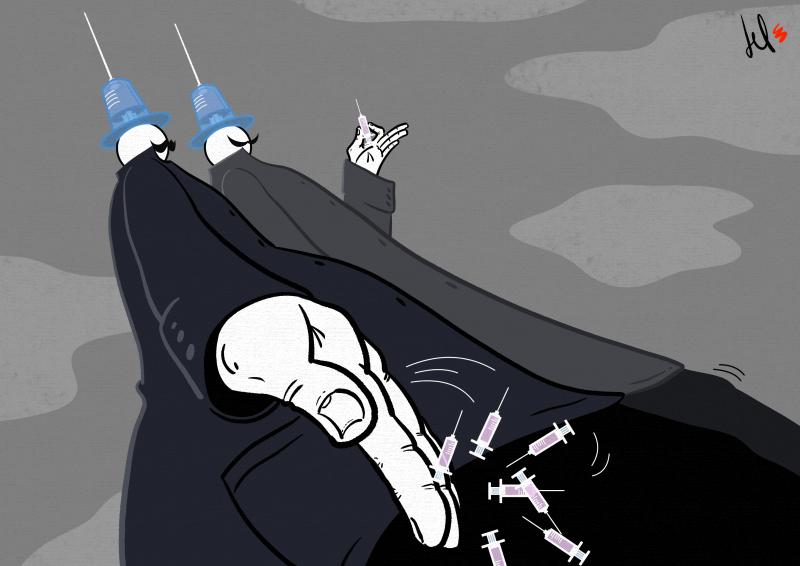 While the EU talks about achieving partnerships of equals and global solidarity, its actions send a different message. What does this say about the EU’s values and approach to partnerships? And where do we go from here? The latest episode of the Talking Development podcast series will dive into questions exactly like that by discussing the EU’s narrative and holding it accountable.

The clock is ticking. The unprecedented effort to vaccinate the world’s population against COVID 19 immediately became a race against time. However, rather than justice, equity and solidarity, commercial interests and a “me-first” approach are prevailing in such a race. In the latest episode of Concord’s podcast series Talking Development, Jeroen Kwakkenbos, Senior Aid Policy and Development Finance Advisor at Oxfam, moderates a discussion on the gap between the EU’s stated commitments and its actions to address vaccine inequity.

When asked about her opinion on this, Faten Aggad, expert on African Union-European Union relations, said: “I think what's important to remember at the end of the day is that action matters. It's not about pledges. I think the pledges we've been hearing about them since last year. But the pace of delivery has been extremely slow”.

And as it turns out, this is not only a problem related to Africa. In effect, according to Dushni Weerakoon, Executive Director of the Institute of Policy Studies of Sri Lanka, “in that entire engagement process of building relationships through vaccination diplomacy, et cetera, the EU has really not made any sort of notable impact, at least in the Asian context”.

However, Ashleigh Furlong, health care reporter at POLITICO EU, brought in a different perspective: “COVAX failed to deliver on its promises, and that's not necessarily COVAX's fault. It's the member states that signed up to it. And I think that there needs to be sort of a reckoning with what went wrong with COVAX in order for the future, so that if we're in another pandemic, we're not in the same situation where countries are saying we need to rely on donations from wealthy countries, because clearly, that's not working very well”.

🎧 Listen to the full episode to listen to the rest of what Faten Aggad, Dushni Weerakoon and Ashleigh Furlong had to say to Jeroen Kwakkenbos.

You can unsubscribe at anytime *
Categories
Covid-19 vaccinesEUEuropean Union