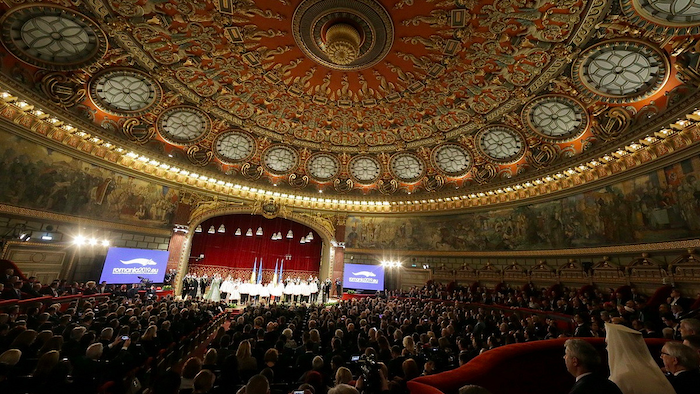 Already a missed opportunity for Bucharest?

Internal political conflicts and an absence of priorities could end up defining Romania’s leadership of the Council of the European Union, writes a political scientist in Bucharest.

On the 1st of January, Romania for the first time took the rotating presidency of the EU Council. Much has already been said on the subject, but without ever addressing the heart of the problem. Firstly, let’s note that the assumption of this role does not guarantee a country’s improved status at the cultural level. It’s true that the country will organise many meetings for ministers, as well as experts, but cultural events in Brussels will hardly lead to more awareness of Romania as a country.

Unfortunately, even if we don’t know the precise program of Romania’s presidency, it seems that this form of promotion is indeed what is planned. It would be far more effective to focus more on the content of ministerial discussions taking place in Romania. Holding a council summit in Sibiu is an excellent decision, insofar as promoting the country is concerned. But it’s entirely possible that such a meeting will be boycotted by the current government due to political differences with president Klaus Iohannis.

The summit organised in Salzburg during the Austrian presidency, dedicated exclusively to Brexit, was an organisational disaster. The same goes for those organised by Slovakia and Bulgaria. And the press will be no more forgiving of organisational errors on the part of Bucharest. But the press may turn its focus to another level, given that hopes are hardly high: indeed, it’s incredibly difficult to organise summits within the framework of the presidency, and this is well known in Brussels.

The main problem rather lies with the priorities of the Romanian presidency. From the beginning, this presidency was going to be, is and will be, defined by an absence of priorities. It would perhaps be preferable to present this vice as a virtue (“we don’t have priorities, our only priority is Europe”), instead of vaguely formulating priorities in perfectly incomprehensible jargon. Malta’s priorities were migrants in the Mediterranean and resolving the conflict in Libya. Bulgaria focused on the western Balkans. Romania could have prioritised the EU’s relationship with the Eastern Partnership, with special emphasis on Moldova. Or it could have focused on EU enlargement in the western Balkans.

The Romanian foreign affairs minister’s recent visit to Belgrade indicates a step in that direction, and deserves praise as such – but it seems to have come too late, and lacks substance. Romania could have publicly insisted on pursuing EU enlargement after the May elections, and on the creation of a dedicated role for the topic at the level of the European Commission. In reality, this role is entirely absent from Bucharest’s diplomatic vocabulary. But above all, Romania could have established as an absolute priority the consolidation of democratic mechanisms, the rule of law and the protection of human rights at the European level.

There exist numerous projects working in this direction, but coordination at the European level is sorely lacking. This failure can only be added to the Romanian presidency’s already long list of missed opportunities. Clearly, in a context where the Romanian government itself is undermining rule of law, such a prospect is difficult to imagine. This absence of priorities puts Romania in a complicated position during its six-month presidency. The situation with Poland and Hungary, where the application of mechanisms to protect rule of law are underway, is certain to be brought up during the meetings of ministers of justice and internal affairs.

Romania has not taken a clear position with regard to these countries’ non-respect of the rule of law. Concerning Hungary, there is no position – this is likely due to the position of UDMR (Democratic Alliance of Hungarians in Romania) within the current coalition government, even if a stronger position on this issue wouldn’t necessarily incite much negative reaction. With regard to Poland, there is only the position of principle expressed by the minister for foreign affairs, as well as president Iohannis - according to which there is no need for sanctions but that it is indeed good to respect the rule of law. Thus, Romanian ministers will have no clear agenda when they meet with their European counterparts.

For the six months in which Romania will hold the presidency, Brexit will be the main problem facing the EU. The prospect of a no-deal Brexit becomes more likely with each passing day. The United Kingdom cannot renegotiate the foundations of an agreement except by holding a second referendum. This is the only door left open in Brussels for new negotiations after March 29th. The summit in Sibiu on May 9th will be crucial: either recognise a no-deal Brexit, or agree on a new course of action if London decides on another referendum. Unfortunately, Romania has no clear vision regarding a no-deal Brexit and cannot be expected to lead debates on the issue.

During these six months, there will also be parliamentary elections in Moldova (on February 24th). European institutions are already mobilised on the question of faltering democracy in this former soviet republic: besides the recommendations of the Council of Europe’s Venice Commission, a joint action with the OCSE, the president of the European Council and the High Representative for foreign policy have already made their positions clear, as has the European Parliament. The problem concerns how Romania will respond to the possible condemnation of elections in Moldova. The outlook is bleak: Romania officially supports the Chisinau government, lead by Vladimir Plahotniuc. Romania should demand the respect of democratic principles during the elections, but it can’t, due to the close relationship between Romania’s social-democratic party (PSD, currently in power) and the oligarchic regime in Chisinau.

Following this line of argument, what will happen if the EU decides on personal sanctions against Plahotniuc and those who support him, following the model of sanctions imposed on Russian officials? It is not unlikely at all that, after the vote and the non-respect of recommendations from the European Commission and the Venice Commission, Brussels will decide to freeze Plahotniuc’s assets held in EU banks. The problem is that Plahotniuc, who is also a Romanian citizen, possesses many assets in Romania too. How will Romania react if such sanctions are on the agenda during meetings at which it presides? After all, no presidency has yet been spared from political crises or the difficulty of speaking objectively on a given subject.

The biggest challenge facing the Romanian presidency is of course the European elections. For a long time already, Romania should have pursued a strategy of negotiation in order to occupy key positions within European institutions following the elections. With the PSD not even trying to hide its hostility towards the Socialists and Democrats’ (S&D) official candidate for the European Commission presidency (Frans Timmermans); with another party (ALDE, liberals) whose membership in the Liberal parliamentary group after the election is still in question; and with a European commissioner (Corina Creţu) at odds with the Romanian government, the chances of taking advantage of this presidency are minimal, as is the possibility of finding key positions within the institutions. Indeed, this is already a wasted opportunity.

Another significant handicap for the Romanian presidency is the way in which the western press writes about it. Simply highlighting certain truths, such as the fact that prime minister Viorica Dăncilă is a puppet of the PSD leader, Liviu Dragnea, as controversial as he is popular – trying his best to avoid a prison sentence – undermines all discussion of Romania during the presidency. No communication strategy can mask the political reality of the country. The only ray of light for the Romanian presidency is provided by the team who will manage things at the technical level. In Bucharest, there is a professional team in the Ministry of European Affairs, well connected to the Ministry of Foreign Affairs. In Brussels, Luminiţa Odobescu (Permanent Representative of Romania in the EU) remains highly regarded, as are many members of her team.

The problem is not knowing whether or not Romania is prepared for this presidency. The fundamental problem is knowing whether Romania can deal with EU issues from a European perspective, rather than a national one, and whether it can maximise all the opportunities which may arise from its current position to achieve national objectives. From this point of view, discussion has yet to begin, and it’s all too possible that it never will.