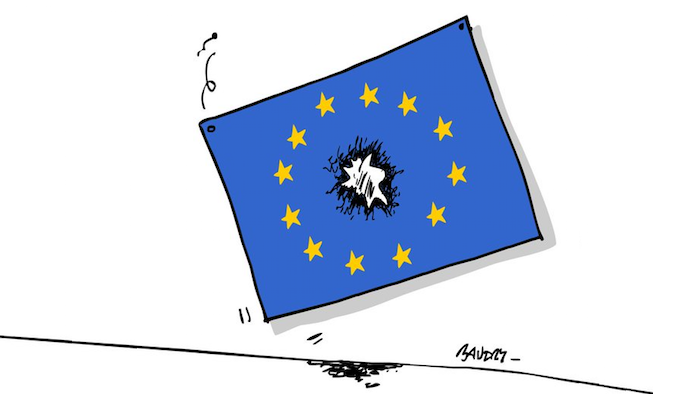 An attack on Europe

In Brussels – as in Paris – the terrorists were targeting Europe, and what it stands for, as much as individual countries. That is why our response must be collective, argues political scientist José Ignacio Torreblanca.

Each terrorist attack on European soil runs according to a plot as predictable as it is depressing: while the terrorists target Europe as a whole, Europe’s countries respond as individuals.

Both the texts justifying the attacks and the declarations and life decisions of individual jihadis (especially those of European origin) express a visceral hatred for everything that Europe symbolises: individual freedoms, democratic values and unparalleled religious tolerance.

Whoever breaks bread with this Europe – as much an idea and a project as a way of life – is a potential target, even other Muslims. This explains why the assailants of the Bataclan in Paris last November did not discriminate by religion or nationality from the 1,500 people gathered there; far from carrying out selective executions, they considered everyone as legitimate targets.

Europe itself was attacked last November in Paris, but did not respond as one.

Instead of raising the solidarity clause in article 222 of the Treaty on the Functioning of the European Union, which would have required a collective and coordinated response by the European Union, the French government preferred to use article 42, which put the response into intergovernmental hands and outside of the EU’s institutions.

There is a clear message behind these legal technicalities: as Hollande’s decision to begin immediate airstrikes on ISIL in Syria illustrates, the French government would like to give itself free reign across all fronts in the war against terror.

Like the refugee crisis and engagement with Syria, member states prefer to cling to the freedom to act as they will when it comes to sensitive security issues. And yet, the Belgian connection to the Paris attacks shows that this vision of national sovereignty is a grave mistake.

Let us remember that the jihadis have now attacked Brussels, the capital of the European Union. But it is certain that many will continue to consider it an attack on Belgium. Europe is an abstract entity that no one is prepared to die for. Yet there are many prepared to kill Europeans. This ought to provide us a way to strengthen our shared identity and our common project.