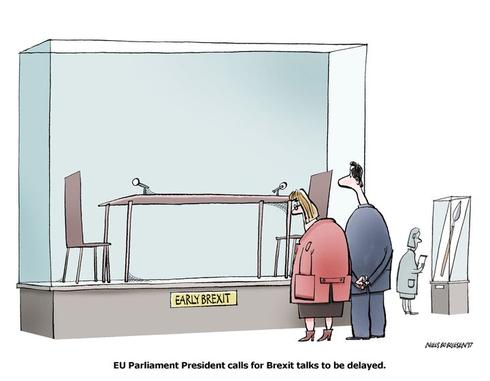 European parliament chair Antonio Tajani, said in an interview with POLITICO Europe that Britain would have to wait until nearly Christmas to start discussing its future relationship with the EU because so far "no concrete proposals have arrived, only very foggy proposals” from the British side.

Meanwhile, the British Parliament has passed the so-called "Brexit Bill" on 11 September night. The EU Withdrawal Bill was approved by 326 to 290, after nine hours of debate. It "unpicks the 1972 European Communities Act, which took the UK into the then European Economic Community. It also converts all existing EU laws into UK law", explains EUobserver.