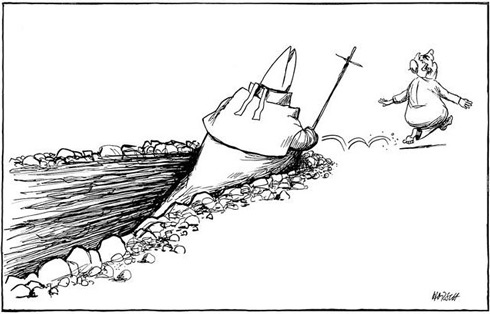 Benedict XVI lays down his burden

On February 28, at 8pm, Pope Benedict XVI is standing down to become "emeritus pope", a new title. He will retire to the luxurious Castel Gandolfo residence, near Rome, for the next two months before joining a monastery in the Vatican.
The 85-year-old Joseph Ratzinger announced on February 11 he was too tired to perform his duties for a Church beset by internal challenges, ethical issues and scandals that have weakened it to the core.
The Holy See will remain vacant until the cardinal electors, assembled in conclave in the Sistine Chapel until mid-March, have chosen his successor.