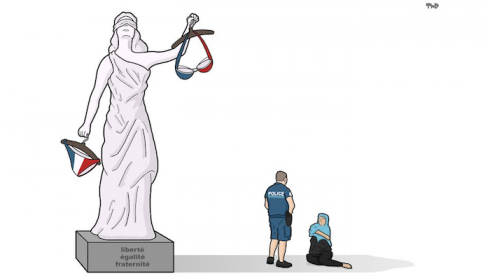 The debate over the burkini, a swimsuit covering all the body except the face, hands and feet and worn by some Muslim women, shook France and Europe this summer, after some thirty municipalities in Southern French riviera banned religious dresses on public beaches in the name of secularism and to prevent potential disorders, after the last months' attacks.

While some picture and videos showing policemen fining some women wearing the burkini or the hijab on the beach were seen around the world, France's highest administrative court overturned the bans, on 26 August. It stated that the ban in the town of Villeneuve-Loubet "violated civil liberties, including freedom of movement and religious freedom", and that officials had failed to show that the swimwear posed a threat to public order. The court's decision mean that the burkini bans taken in other cities are most likely to be overturned, but the debate seems to be far from being over in France.