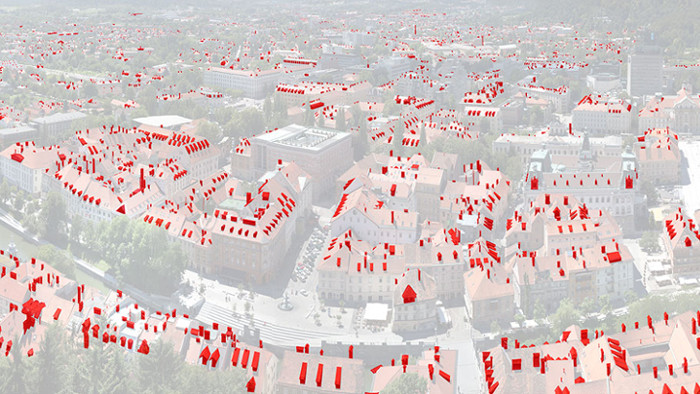 There’s plenty of apathy in the air, as Ljubljana prepares for the European elections. Nothing much has changed in Slovenia. Among the population, however, a large majority still seems convinced that Slovenia would struggle to get by without Europe, the Euro and the Schengen Area.

In the 1980s, Slovenian punk band Pankrti were one of the cultural forces sending a jolt through the ruling communist regime. Their first record was called Dolgcajt (Boredom): during the tumultuous period following the death of Josip Broz Tito, father of Yugoslavia, the prevailing mood among young people was boredom, mixed with the certainty that nothing was going to change.

There’s plenty of apathy in the air now too, as Ljubljana prepares for the European elections. Nothing much has changed in Slovenia. The political background is last year’s triumph of Marjan Šarec, a comedian who had left the stage back in 2010 to become a provincial mayor. His victory is the latest lifeline for the centre-left, another rabbit pulled from the hat to prevent Janez Janša and his Democratic Party from returning to power.

For many, Janša, a hero of the “war” of independence, is still the country’s only hope. For others, he’s a menacing, shadowy figure intent on radically changing the face of the country. He is likely to emerge with a slight victory in the upcoming election, backed by an ample centre-right coalition; but this will be a rather Pyrrhic victory, given that he’ll find it difficult to change anything at the national level. Janša is a close ally of Hungarian prime minister Viktor Orbán, obsessed with the migratory menace, and decidedly pro-American. His MEPs will replenish the European People’s Party in the European Parliament, as will members of New Slovenia, a christian-democrat party devoted to the free market.

If all goes according to plan, they will be closer to the Visegrád group than any other factions on the right. Meanwhile, the centre-left bloc is rather scattered. This will be a test for the solidity of the various political forces in government, and also for the far left, who are hoping to have a representative in the European Parliament for the very first time.

Upon closer inspection, it’s clear that none of the political forces have brought their heavy-hitters to the field — only lower tier politicians and former personalities looking for some time in the European sun. Nobody, in fact, seems to believe that Slovenia’s eight MEPs can play a decisive role in the EU, nor that Europe has the solutions to Slovenia’s problems. This became all too clear during the migrant crisis, especially after the “Balkan route” made its way through the country. At the time Ljubljana asked Europe for help, but finally had to sort it out themselves: protecting the external Schengen border to avoid the “invasion” of migrants who had no intention of remaining. Up until then, the main concern for Ljubljana was hitching a ride with the German economy, while Brussels remained only a distant figure on the political horizon.

In a series of interviews conducted by Ervin HladnikMilharčič, one of the country’s most perceptive analysts, candidates for the European elections are all asked what Slovenia has given to Europe, and what the country has contributed to the development of Europe. So far, not one candidate has given a convincing response, as if they’d never even given it a thought.

Typically, the question has always been what Europe has given to Slovenia. After all, entry to the European Union was always the only option, and Ljubljana, ever the good pupil, worked for years to meet the requirements for EU accession. Slovenian political parties then just borrowed their vision of Europe from the political groups already present in Brussels, without worrying too much about developing their own.

Among the population, however, a large majority still seems convinced that Slovenia would struggle to get by without Europe, the Euro and the Schengen Area. For a country which often imagines itself a vase of clay surrounded by those of iron — bigger, stronger neighbours with which Slovenia has had a troubled relationship — European integration remains a guarantee: of security, political stability, respect for human rights, and economic prosperity.