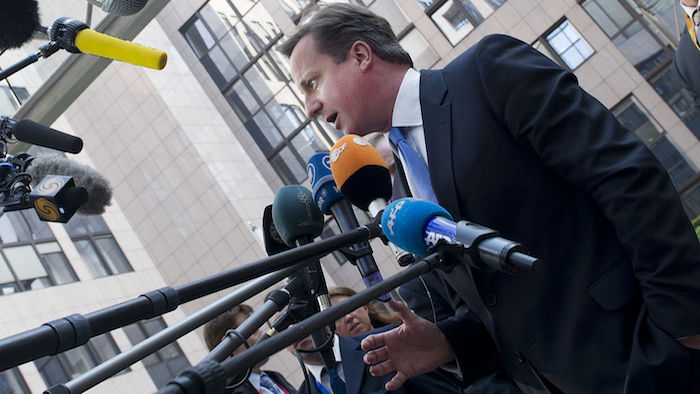 2016 will be marked by debates around what would follow a British exit from the EU, after the referendum announced by David Cameron. It is a discussion that does not simply affect British voters, but all Europeans, argues the head of the Euranet Plus news agency.

Until now, negotiations regarding the possibility of Brexit have taken place out of public sight, behind the closed doors of the European Council. This body brings together heads of state and government and has been privy to a strange sort of bargaining. Prime Minister David Cameron has laid down four demands to his colleagues there.

If Cameron does not believe they have been addressed sufficiently during the negotiations, he will not see himself as obliged to defend the UK’s continued membership of the EU. There is no doubt that our national leaders are perfectly capable of coming to a compromise, European-style, probably after a last desperate all-nighter in Brussels. However, this debate deserves better than bargain striking between intelligent people.

It brings into play the question of what Europe should become: an economic alliance or an integrated entity. The media have an essential role to play as a counterweight, by empowering European citizens to stake a claim on their future.

What’s more, there is a truly European dimension to the Brexit debate. It cannot and must not be cordoned off from the mainland. Even if we live in separate public spaces, we still have a shared European future at stake. Queen Elizabeth’s subjects will certainly not be voting on the deal David Cameron strikes with his partners in Brussels. They will be expressing their views on belonging to the European Union as a whole.

If, against all odds, Team “In” wins over Team “Out”, it will send shockwaves across the EU, which is said to be so unpopular among its citizens. Genuine political integration, effectively halted since the 2004 expansion and the no votes in France and Holland in 2005, would once again be able to get moving.

Should Team “Out” win, we run the risk of dismantling the European edifice. It would be the signal for all these nationalist movements that they were right to turn up their nose at the EU over all these years. Above all, it would cause all sort of judicial headaches for our mixed nationality populations, as much for European workers on British soil as for Europe’s largest migrant group, UK pensioners, who have moved to the continent in vast numbers.

Information transmission is essential for a good understanding of which way the British people will vote. The perspective of the British press alone is not sufficient, given how much the English publications in particular have clearly come out in favour of euroscepticism. The lens will be distorted and will not shed any light on the debate.

The media’s treatment of this referendum must be ambitious and go beyond the British Isles. Their first task is to work out what is at stake on a national level with the vote, since David Cameron’s future in Downing Street is on the line here. Then, they must set out the implications at a European level. But, above all, they must discuss the consequences on other European citizens and their perception of the vote.

This last aspect is a tough challenge for our national media. They often struggle to think at a European level, even when discussing Europe. Unfortunately, exchange between journalists from different countries is still woefully uncommon. But how can we think about Europe if we are blinkered by our national perspectives? This is a new and exciting challenge for the European press as we go through the Brexit referendum.