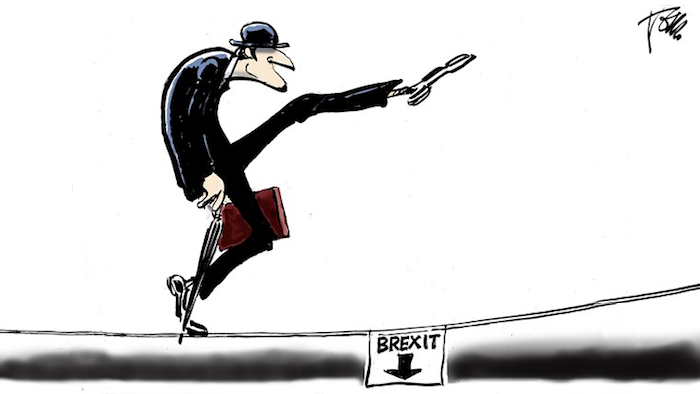 Can the ‘Remain’ vote win?

After lagging in the polls, ‘Bremain’ campaigners have now come out on top in the most recent voting intentions, with two months to go before the 23 June vote. But many people are still undecided, threatening to shake both the country and the entire EU to their foundations.

So… Who knows? Maybe it will be a ‘yes’… With less than two months to go before the EU referendum, two polls – one for the Guardian, another for the Telegraph gave majorities of 53 percent and 54 percent to the campaign for the UK to stay in the EU.

These percentages must be taken with a heavy dose of salt: a poll is a mere snapshot in time, and British polling agencies have an inglorious history of getting it wrong. Everything is very much still to play for. The campaign has only just begun, but it is nonetheless striking that at the moment when David Cameron, Brexit’s opponent-in-chief, has seen his popularity fade away, a clear majority of Brits still refuse to send the UK packing, even if just for now.

It is all the more striking that the number of undecided voters is shrinking and that, until now, europhobes have enjoyed healthy leads in the polls. There has been no shortage of anti-europeanism in a country that has traditionally seen the continent as a source of strife and war.

If further snapshots confirm those we have just seen, if the ‘no’ to Brexit wins on 23 June, if Brits even declare their allegiance to the idea of European unity, the implications would be powerful indeed. The British electorate would have sent a message to other Europeans that even they did not want to destroy the EU, despite their insularity and their violently europhobic press.

This message would deliver a blow to all of Europe’s new extreme right parties by showing how, despite the disappointments and anger provoked by the EU’s governance, there is no majority in Europe prepared to go back on six decades’ worth of work, shaky and incomplete though it is, but now a reality for two generations of Europeans.

Once again, everything is to play for, but… Who knows? Perhaps…

But perhaps Brexit will win out.

That really would be a body-blow to the EU, since so many politicians and political parties would follow headlong down this route to get a slice of the action. The pressure for similar referendums would arise all over Europe. The defenders of the European ideal would find themselves on the defensive. In such a crisis it would be very difficult to rebuild the EU.

It is certain that, Brexit or Bremain, the EU must be restructured between those countries which want to go further and faster on the route to political unity and those, on the other hand, which reject this option because the common market alone is enough and they do not want to share more sovereignty. The fate of Europe itself will play out over the next few months: nothing is more important.