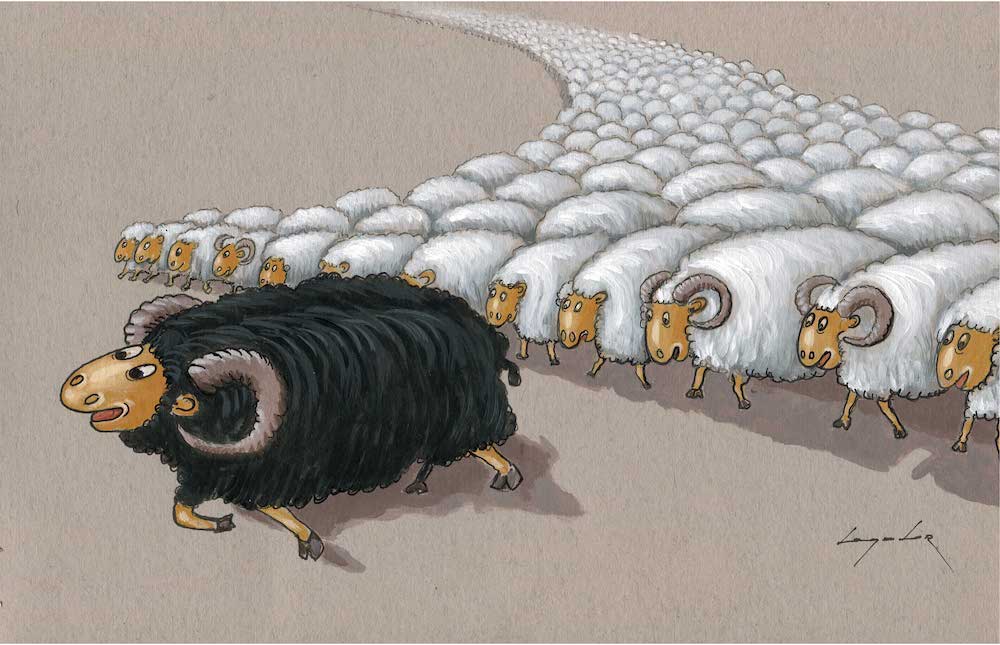 Cancel culture and political correctness are at the centre of the latest Libex 2021 cartoons competition, organised by the the Euro-Mediterranean Centre Librexpression. This year, the contest featured no fewer than 218 editorial cartoons, by 160 cartoonists from over 50 countries.

“Where will the new taboos of political correctness take us?”, the organisers of the Libex 2021 cartoons competition ask provocatively. While recognising that the “woke” movement has allowed minorities to “express their opinions freely without having to go through mainstream media”, and that “the importance of grassroots movements fighting against sexism, racism and inequalities should not be disputed”, they believe that the tendency “has recently taken a dark turn, with activists using the reach provided by social media and the power of collective action to publicly defame, shame, shun or censor people – living and dead – whose words and acts might diverge from the new orthodoxy.

Whoever says or does something which might be interpreted as offensive, annoying or simply different may be targeted. As recent events have shown, cancel culture can go as far as “to the point of wanting to erase [such individuals’] traces so that their words, actions or memories are no longer mentioned or admired, their statues destroyed.” 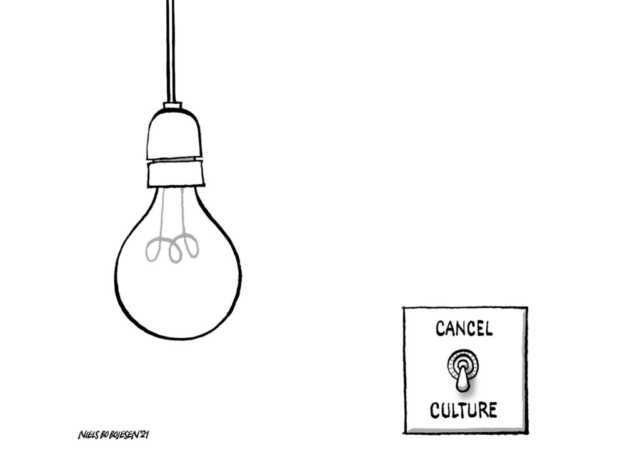 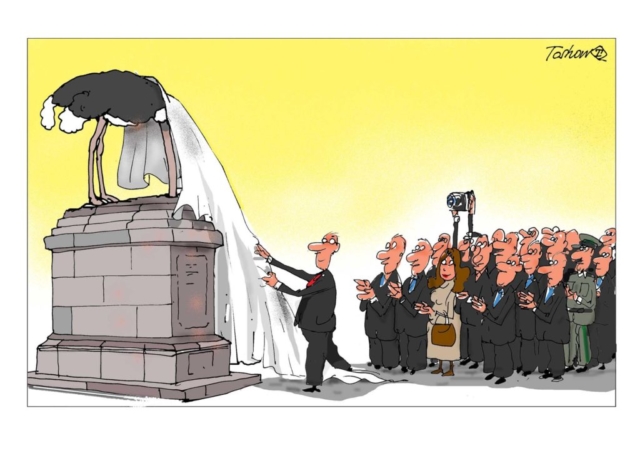 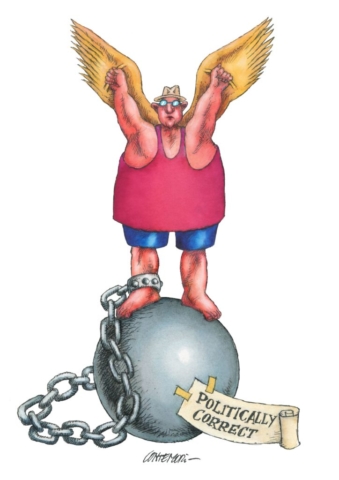 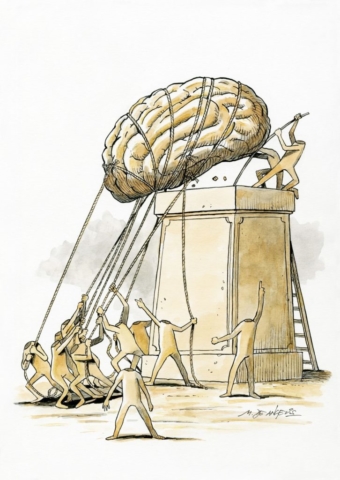 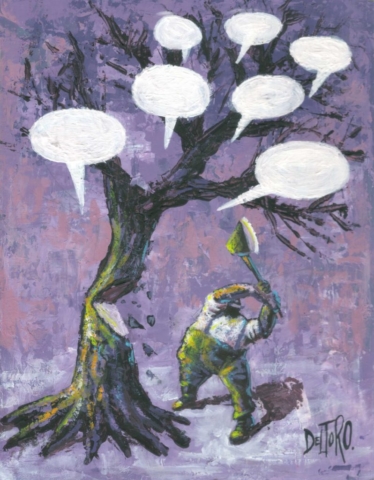 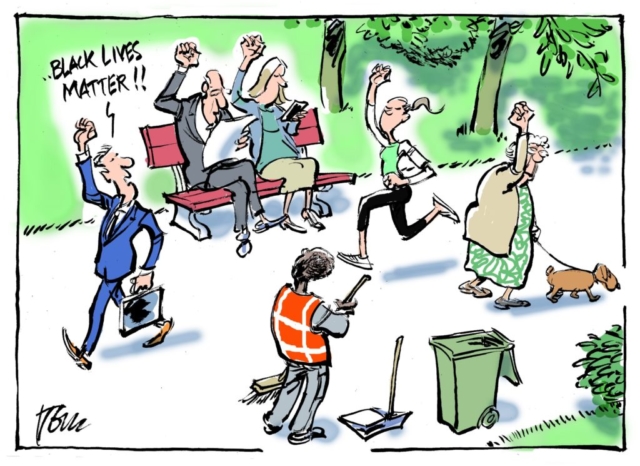 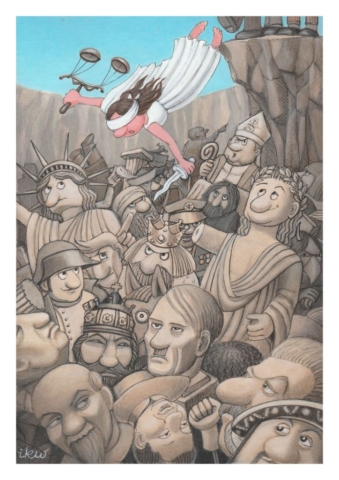 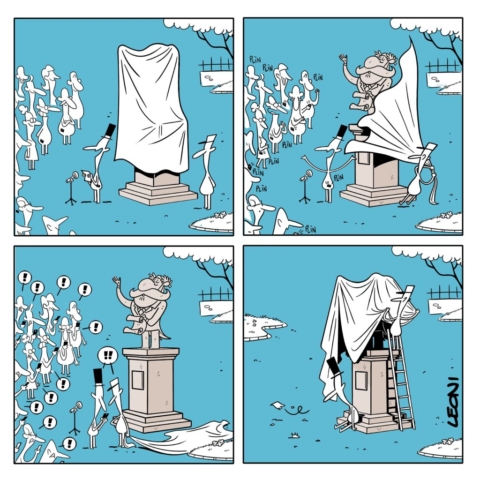 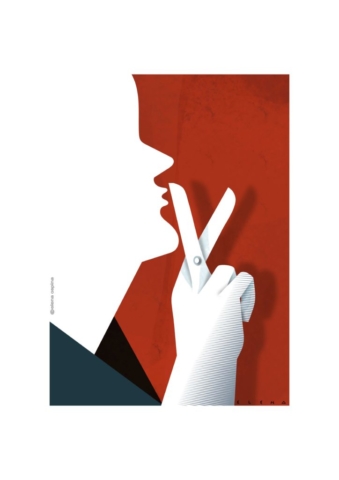 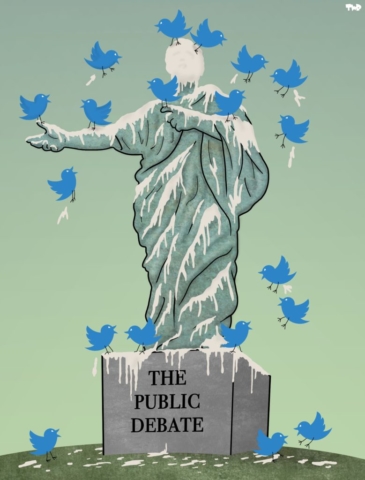 “Recently”, the organisers add, “these harsh public inquisitions have been legitimised by artists, journalists and politicians alike, aggravating an already tense climate of public debate. But one might ask: when wokism silences the very diversity it is supposed to promote, what remains of its promises of social justice and empathy?”

These issues will be discussed in a panel attended by Voxeurop co-founder and editorial director Catherine André, along with Sylvain Platevoet of Cartooning for Peace and Gigi Riva, from L’Espresso and on 25 September. The subject has become a daily challenge for the cartoonists who took part in Libex 2021. The 56 semi-finalist cartoons selected by the jury will be displayed from 20 September to 31 December in an exhibition in the cloister of the Monastery San Benedetto in Conversano (Italy) and published in a paper catalogue. The ten finalist cartoons, presented here, will also become postcards available to the public.

More : The finalists of the Libex 2020 cartoon competition

The three winners will be announced and awarded prizes on 26 September in Conversano during the 17th edition of the Fondazione Giuseppe Di Vagno's Lector In Fabula festival. As part of the jury, Voxeurop’s editor-in-chief Gian-Paolo Accardo will moderate a panel on the past year in cartoons, with cartoonists Marilena Nardi, Joep Bertrams and Antonio Antunes.