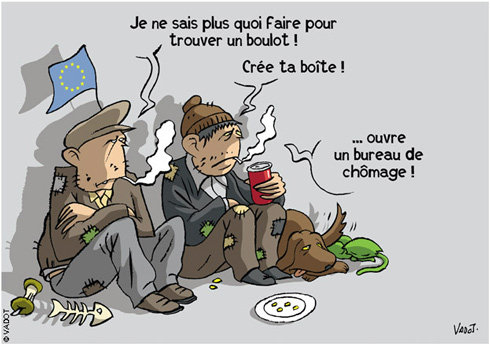 Careers of the future

— Start a company … an unemployment office!

According to figures published by Eurostat on 2 May, 17.2 million people in the Eurozone were out of work in March 2012, which amounts to 10.9% of the working population: "a record since the launch of the single currency", writes Le Monde. Unemployment rates are particularly catastrophic in sourthern countries — Spain (24.1%), Greece (21.7%) and Portugal (15,3%) — but "also cause for concern in France (10%)", and "even Germany has been affected".