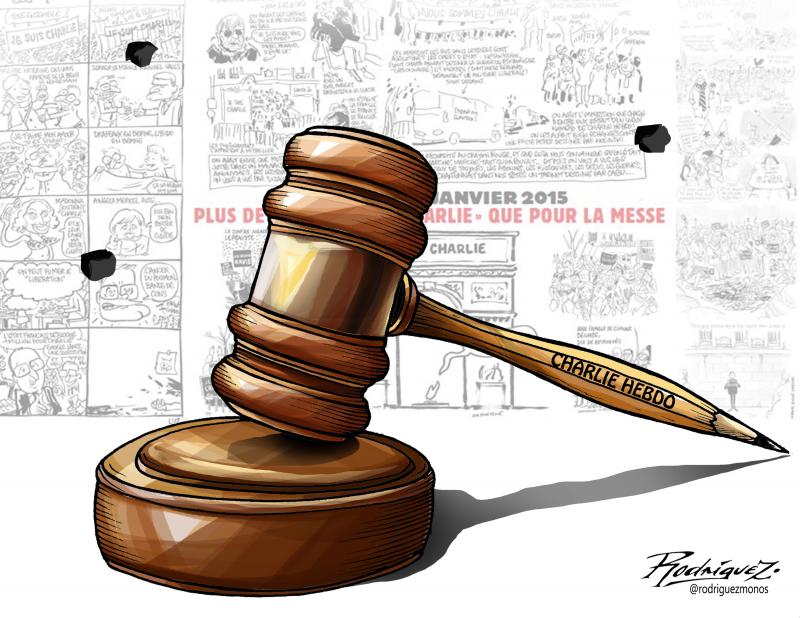 The trial of the perpetrators of the jihadist attack against the editorial staff of the satirical weekly Charlie Hebdo and a kosher supermarket opened on 2 September in Paris. 17 people – including 11 cartoonists and journalists – were killed between 7 and 9 January 2015. 14 accused are being prosecuted. They are suspected with offering logistical support to brothers Saïd and Chérif Kouachi and Amédy Coulibaly, the perpetrators of the killings.

150 witnesses and experts will be appearing for two and a half months before the special criminal court in charge of judging the case.On the eve of the opening of the trial Charlie Hebdo decided to republish the cartoons of Mohammed which had made it a target for jihadists. “We will never lie down” in the face of a hatred that “is still there,” said its director, Riss.