Report Romania
Big Father watched them all. Still from "How I celebrated the end of the world", a film by Cătălin Mitulescu (2006)

Now between 20 and 40 years old, they were born back in the days of the Ceausescu regime’s ban on contraceptives and abortion. They spearheaded the 1989 revolution, but it was the next generation that really reaped the fruits of their pains. A portrait of a lost generation from Bucharest weekly Dilema Veche.

Big Father watched them all. Still from "How I celebrated the end of the world", a film by Cătălin Mitulescu (2006)

If we try to find a hard-and-fast definition we can all agree on, most of us would consider decretseï anyone born between 1966, the year Decree 770 was issued, prohibiting abortion and contraception in Romania, and 1990, the year the decree was repealed. In the wake of this decree, the birth rate jumped from 14.7‰ in 1966 to 27.4‰ in 1967. In 1972, moreover, the scope of the decree, hitherto applicable to women up to 40 years of age, was extended to include women up to 45, and the number of children per woman went from four to five.

Some say the post-’67 decretseï cohorts were, indeed, “made-to-order” kids, born of an inhumane social experiment. Sticklers would quibble that only those born in or before 1968 qualify for this label, given that after a while people managed to adapt to this way of life, in which sex came to be perceived as entailing constraints. Rather than trying to draw fine distinctions, we can simply consider them children who grew up under Communism, or “keychain necklace kids” [since they wore a key round their necks whenever they went out]. Those are the ones who were about 20 years old in 1989.

A desire for vengeance

Some of them bear their parents a grudge: “We shouldn’t have been born in the first place.” “I know they were trying for years before they had me, but my sister came along after, ‘by accident’,” says one woman we met. “She still hasn’t got over the time when our mother told her she wasn’t planned.” Hence the underlying conviction that, craving vengeance, they were the ones who seized the opportunity to topple Ceausescu in the “youth revolution”.

Many decretseï claim that, even if the Iron Curtain kept them cut off from the dawn of the computer and mobile phone age, they are now more articulate and better bloggers. This apparent paradox might be owing to an aptitude born of frustration, a making-up for lost time or a prolonged adolescence, particularly among the men of this generation.

So who are the decretseï? Highly self-disciplined individuals tended to be creative because necessity is the mother of imagination. They were keen collectors (of Pif Magazine, bottle caps). Today they are “tough, persevering, proud, combative, though also cruel”. But they look back on the past in bitterness and frustration, having had to hide their true feelings when they were young. They still have naïve reflexes. They have a hard time coping with not knowing what the future holds in store for them, and they have doubts about what values to pass on to their children.

Does the country have more than two million “excess children”? Are they violent, as Italian psychologist Margherita Carotenuto claims, arguing that “the genetic violence of the decretseï is the cause of the crimes committed by Romanians in Italy” (February 2009 in Il Sole-24 Ore)? One thing is certain: those who remain cannot expunge their childhood from their minds. Forgetting is not a voluntary process, and memory is selective.

Are the decretseï a tragi-comic generation? A hybrid generation, straddling two worlds, witnesses to the clash of values, lost in a world in which the next generation has achieved mind-boggling social success and seized control of the public sphere, while they, the decretseï, are incapable of taking power: after all, they are the ones who “carried out the revolution”. 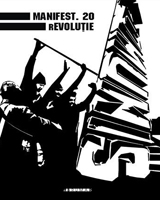 To mark the 20th anniversary of the collapse of Nicolae Ceausescu’s regime and the December 1989 revolution, reportsCotidianul, 20 contemporary Romanian poets are putting on a “happening” in Iasi, a city in northern Romania. The event is to run from 14 to 22 December, the day the Communist dictator was arrested, marking the end of the regime. Visual artist Mihai Zgondoiu came up with this unusual form of commemoration, in which the poets will read their “manifestoes” describing how they experienced the revolution and reviving the spirit of that period. Amongst their ranks is Herta Müller, winner of the Nobel Prize for Literature in 2009, who hails from the Timisoara region, where the revolution began. The participants’ verses, photographs, drawings and other works will be anthologised in a book entitled Manifest.20.rEvolutie. The highlight of the happening will be on 18 December, when 50,000 manifestoes are to be flung from a helicopter flying over Timisoara.